I don’t know if you saw the video of Tilly Ramsay playing an egg trick on her father, but I highly recommend find it.  Watching Gordon Ramsay full for the trick and end up with egg on his head is hilarious.  Inspired by this prank, my charge’s Dad thought he would try it for April Fools Day.  It didn’t quite go to plan, but one did end up with a face full of water.  YC, wasn’t having any of it.  There was no way she believed that you could get the egg in the bottle.  After we had had a good laugh, I told them there was actually an egg in the bottle science experiment we could do.  Although this time it would require a hard-boiled egg and not a raw one.

Make sure you follow my STEM board on Pinterest for more ideas.  Don’t forget to save the pin for later.

To do the egg in a bottle science experiment you will need:

*You could experiment with different sized opening and bottle types. 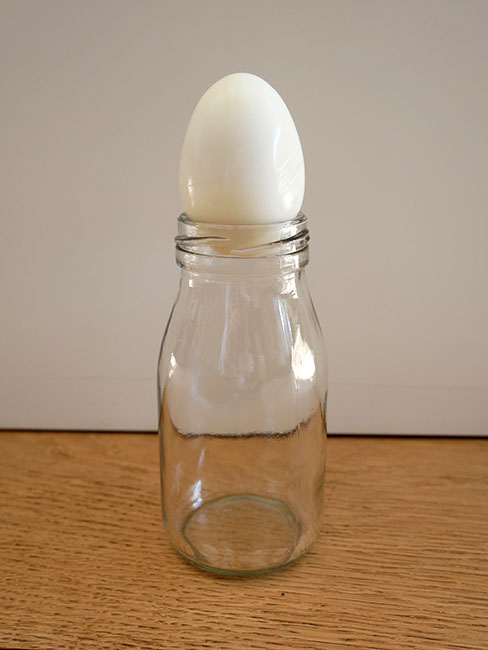 Hard boil your egg and peel the shell off. 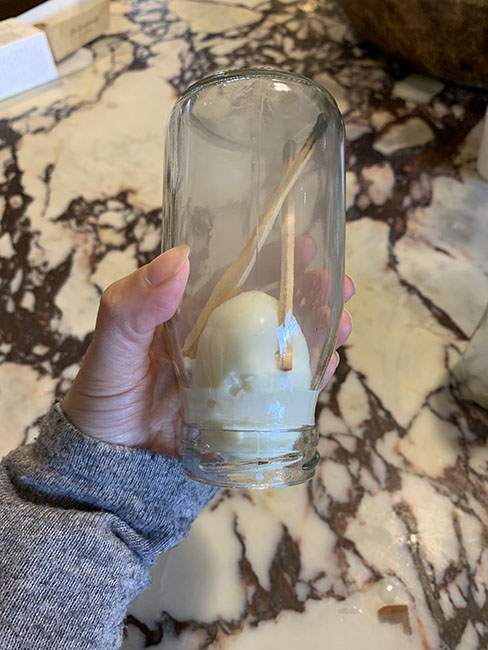 Light your matches and place them inside your bottle.  Quickly place your egg on the opening.  The egg should be sucked into the bottle!  The real trick is getting the egg back out.

The science behind it

The matches in the glass heat the air up.  The hot air expands and escapes.  When the matches go out the air begins to cool, and the air pressure drops.  As the air on the outside of the jar is now a higher pressure, it forces it way back into the jar.  This movement of air also forces the egg downwards at the same time.

If you enjoyed doing this egg in a bottle science experiment, be sure to check out my rubber egg experiment, egg drop challenge, and magic water bag. 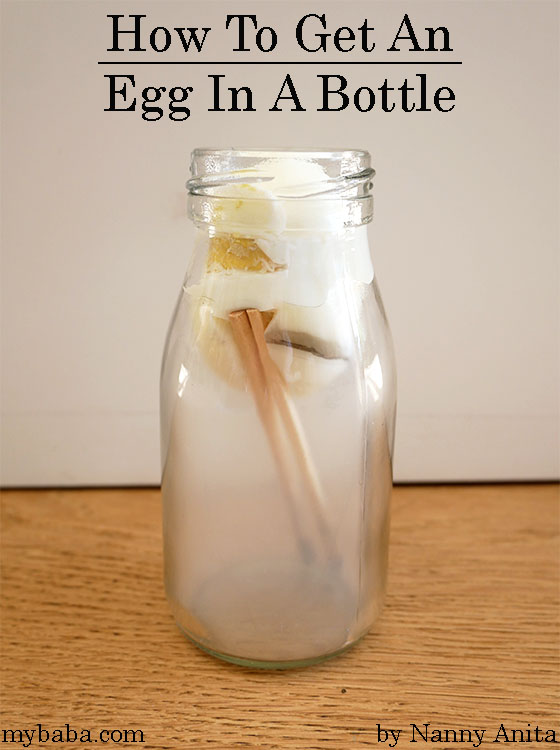