We recently had people over doing some content work on the Baba West products, so we had a few toddlers around at the house.  The weather, for once, was really nice, so I pulled out the water tables that we have.  But rather than just filling them with just water, I created a colourful soap foam sensory tray.  It was a big hit and kept the toddlers happily entertained for almost 2 hours.

To make your own colourful soap foam sensory tray you will need:

*I use soap flakes, but you don’t need to go out and buy them just for this.  You could use washing up liquid mixed together in some water and then mixed together using a blender.

I added some soap flakes to a mixing bowl with some water and food colouring, then used a hand whisk to create the foam.  You won’t get the dense bubbles that you would get using a blender, but this way the little ones can help make them.

After each batch I added it to the water tray.  Then simply added some containers for them to use to pour with and a few shells and stones.

It was really sweet to watch them play.  The little girl kept getting the soap from one area and then running to the other water tray (which didn’t have soap in at that time) and saying xi shou which means wash hands in Mandarin.  When ever we ran out of bubbles, she would ask me to make more with the whisk, or we made them together.  I was surprised that after almost 2 hours she was still playing with them.  She only stopped because it was lunch time. 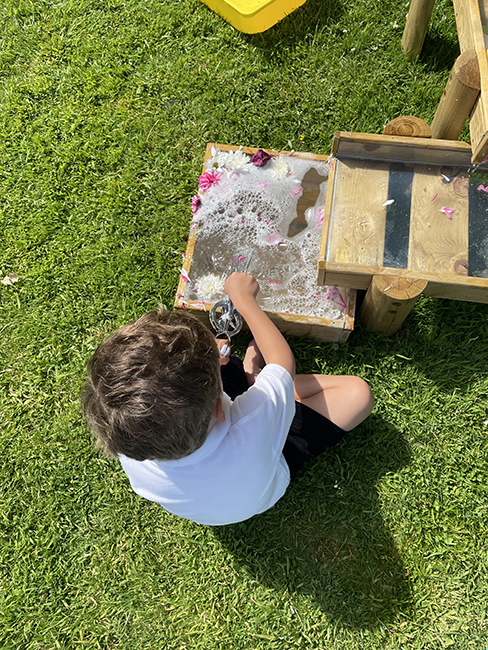 If you enjoyed this colourful soap foam sensory tray, then be sure to check out my ice play sensory tray and rainbow chalk. 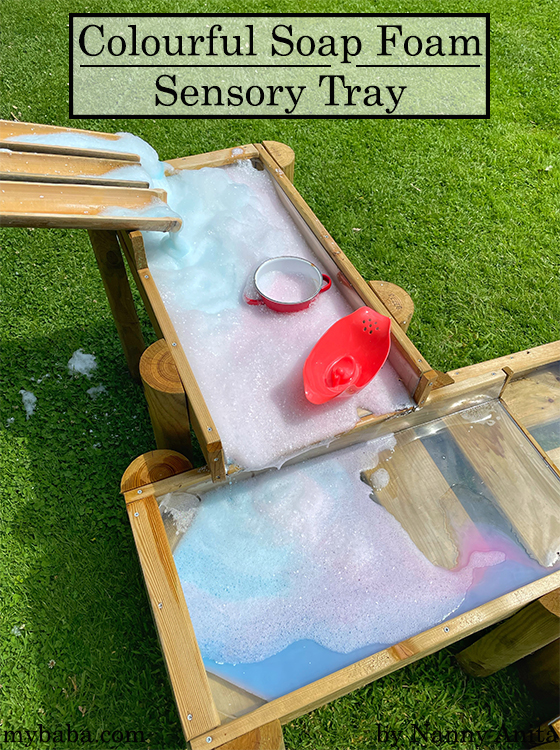