Recently I was doing a craft that involved using craft sticks and I ran out of a certain colour that I needed, it was a bit of blow, so I looked into getting some more as we were really beginning to run low on them anyway.  Well it’s a good thing that I didn’t go out and buy them because I found not one, or even two, but three boxes full of craft sticks!  I don’t think I will have to get any more for at least a couple of years!  Since we have a ridiculous amount of them I started to think about and research ways into using them.  Hopefully over the up coming weeks/ months I will have some great crafts and activities for you.  The first craft is a craft stick treasure box that your little ones can use keep all their precious treasures in.

Make sure you follow my craft board on Pinterest for more ideas.  Don’t forget to save the pin for later.

To make a craft stick treasure box you will need:

The instructions for this may sound complicated but it really isn’t.  Hopefully the pictures will do a better job of explaining what to do than I have. 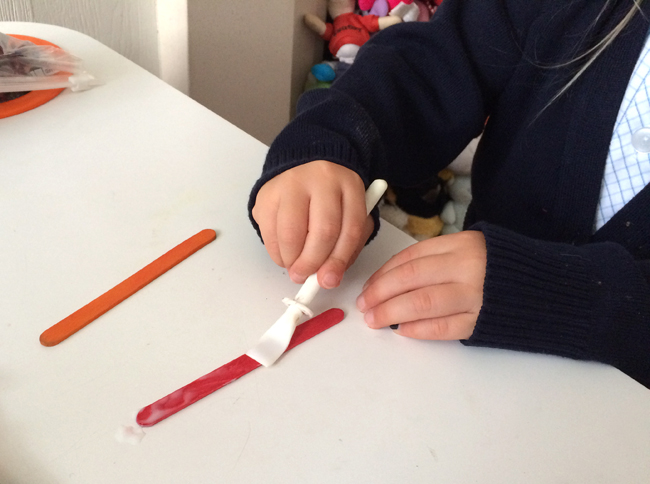 To make the base take 2 sticks and cover both with glue, lay them parallel to each other but with a gap the length of the craft sticks between them. 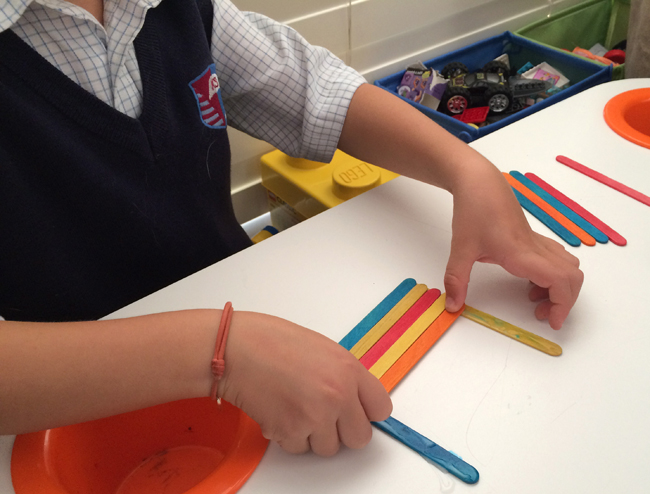 Lay roughly 12 craft sticks across the 2 that have the glue on them to for the base.  Wait for it to dry before turning the base over. 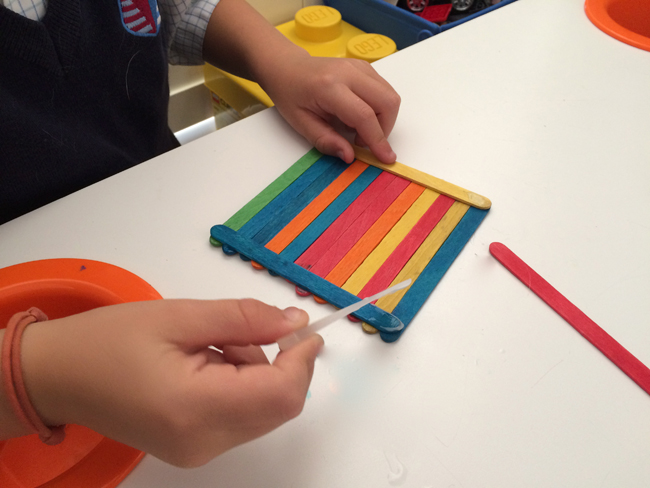 To make the sides, but a dollop of glue on each of the corners of your square.  Attach 2 craft sticks going in the other direction.  Think along the idea of how you would build a Jenga tower.

Keep adding layers until it has reached a height that you want.

To make the lid you need to do exactly what you did to make the base, however you need to put the 2 sticks used to anchor it all slightly closer together, that way the lid will sit nicely on top.

Once the lid has dried you can add some decorations.

I hope that you managed to follow along, it is really simple to do, even YC could do this all by herself.

While we were making the boxes both my little ones were describing what they were going to use their boxes for; YC was planning to fill hers with gems and treasure and EC wanted to turn his into a home for snail. 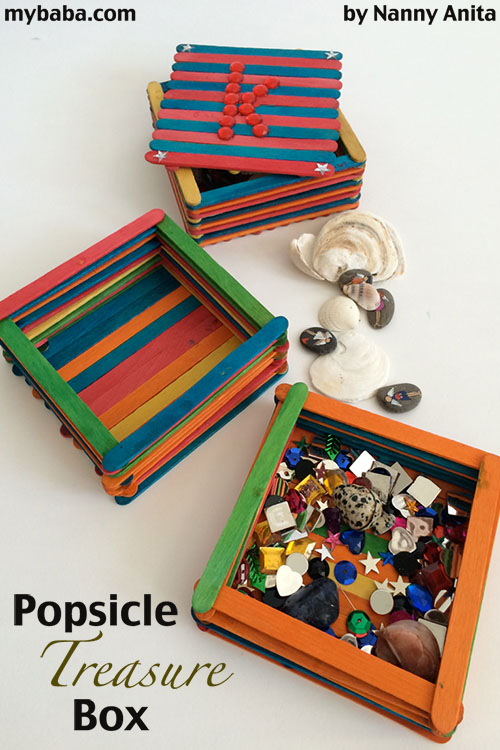