My family seems to compete with each other about which household has the most Scandinavian gnomes at Christmas. It has become slightly ridiculous, my Mum phoned me this week to let me know that she had had just bought a 2 foot one to add to the collection. As much as I think we have enough of them, they are really lovely, plus they make a very cheerful addition to our celebrations. Because of my families love for them I have been making some easy Scandinavian gnomes with them and exploring the folklore that surrounds them.

Make sure you follow my Christmas board on Pinterest for more ideas. Don’t forget to save the pin for later.

To make your own Scandinavian gnomes you will need:

On your piece of cardboard cut out some isosceles triangles to make the hats. 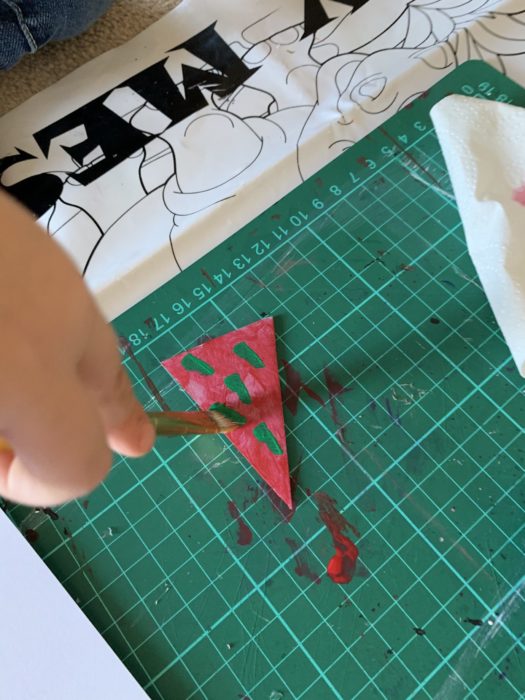 Paint and decorate the hats. I tried to stay to the traditional colours that they seem to be which are green, red, and grey.

While the hat is drying cut some wool to make the beard. I wrapped the wool around 4 fingers and then cut it in half. That way I got a lot of “hair” in a short amount of time.

You can do the next part with normal glue, but I prefer using my hot glue gun (any excuse to get that out).

If you are using pompoms or wooden beads without a hole then these next steps will be slightly different for your Scandinavian gnome. 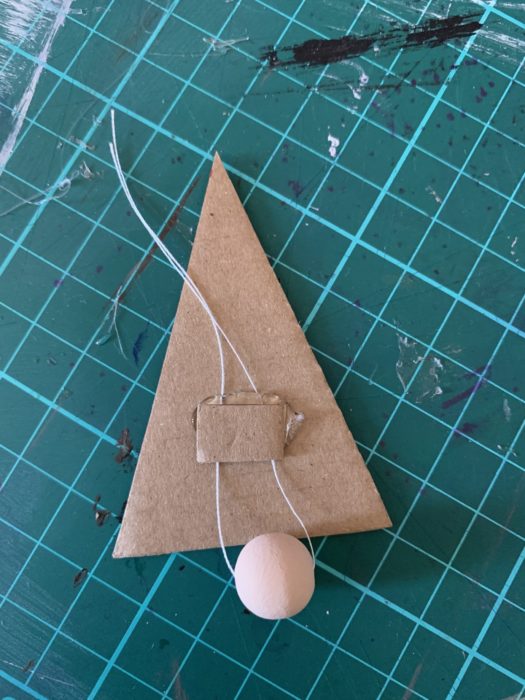 Because the wooden beads we used had holes in them, I threaded some white thread through it and glued the thread onto the back of the hat so that the nose was in the right place. I also suck an extra bit of cardboard over the thread to make it extra secure. 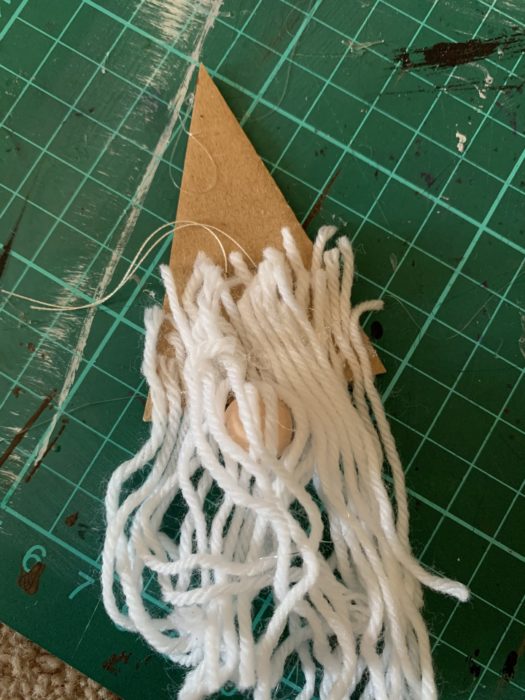 Next glue the wool to the back of the hat so that it hangs down under it. Again, I glued a strip of cardboard on top of the wool to keep it all in place. 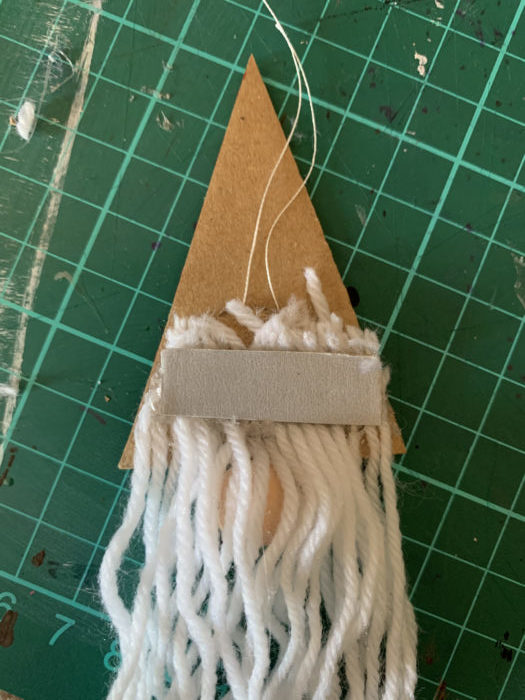 If you are using a pompom or hole-less wooden bead do the beard first and then stick the nose directly to the wool.

Finally add some ribbon or thread to the top of the hat.

This is really a craft suited to slightly older children, but that didn’t stop BB from making one. He painted his own hat and then helped pass me the wool while I was doing the beard.

If you would like to find out about the folklore that surrounds them and how the differ for each country, then I highly recommend having a look here.

If you enjoyed making these easy Scandinavian gnomes be sure to check out my 7 pointed piñata star and Christmas crackers. 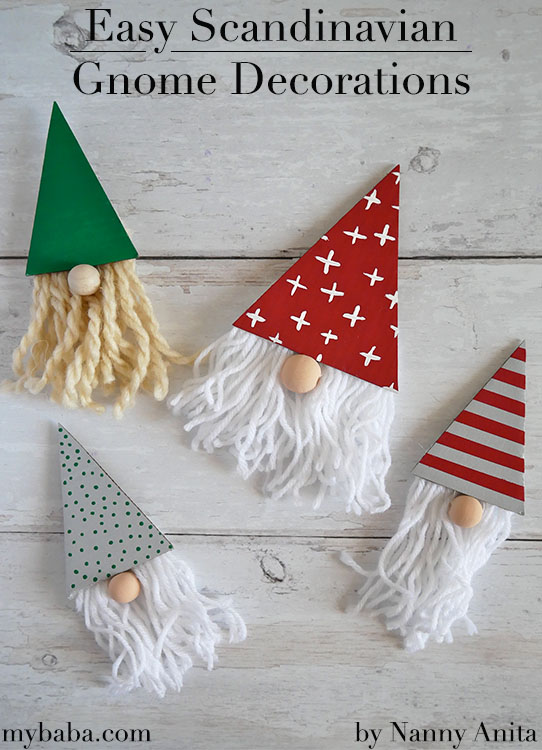 The Christmas Cake Delivery Service You Need To Know

5 Festive Recipes To Make With The Kids