International talk like a pirate day is on September 19th and this year I was determined to have a post ready for it.  Never mind that I actually did the activity with BB back in January.  During our home schooling he wanted to do a week of pirate themed activities!  Which gave us the perfect excuse to make an egg carton treasure chest.  We also went onto use it with a maths activity.

Make sure you follow my junk modelling board on Pinterest for more ideas.  Don’t forget to save the pin for later.

To make your own egg carton treasure chest you will need:

Start by painting the egg carton brown.  When that has dried paint two gold stripes down it.  I used a pencil and ruler to make sure I got two straight lines.

While that is drying, on a piece of cardboard draw around something round.  Cut them out and paint them gold.  These will be your gold doubloons. 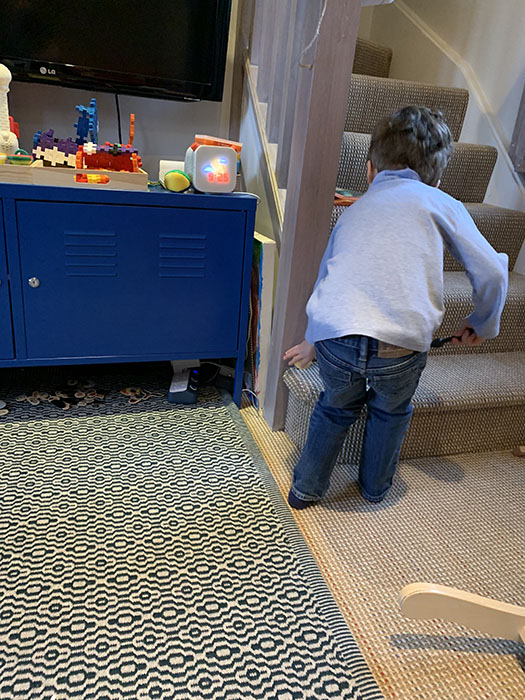 For our maths activity I hid several the gold coins around the room.  I then showed BB the number on a flash card and he had to find them and put them inside the treasure chest. 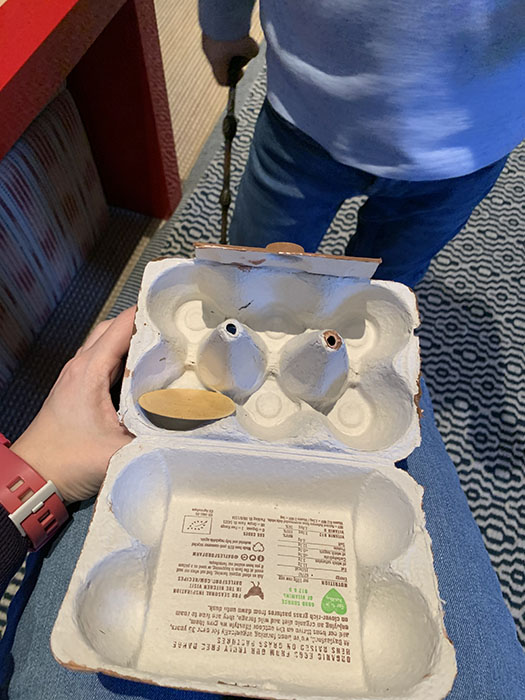 The treasure chest also became part of our pirate imaginative play.  We build a pirate ship out of plus plus blocks, then hid the egg carton treasure chest on one of our islands we had made from pillows.

If you enjoyed making this egg carton treasure chest be sure to check out my egg carton shark, cardboard box boat and paper plate hot air balloon. 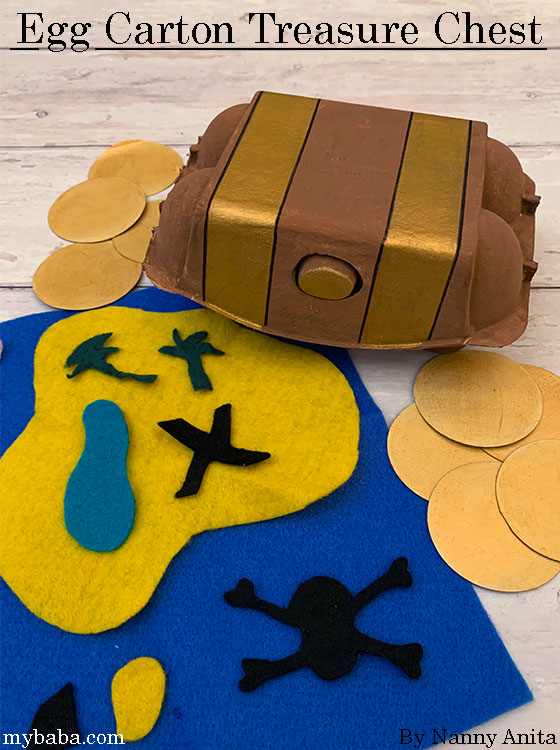