When I worked for the Disney Cruise Line there was a show that I did (about once a week) that involved experiments with eggs. We would try and make them spin, float, and then finally launch them; it was basically an excuse to make as much mess as possible while doing science. The last part entailed the kids working in teams to build a space rocket for their egg-stronauts. At the end I would throw the rockets into the air and see if their eggs survived the crash landing. It was always a lot of fun, and I generally ended up covered in egg (yeah, that part wasn’t so great). I have always wanted to do an egg drop challenge with EC and YC but never got around to it.

Make sure you follow my STEM board on Pinterest for more ideas, and don’t forget to save the pin for later.

Well, during the Easter holidays they both came up and said that they wanted to do this egg drop activity (they had done it previously with someone else, and wanted to do it again). Hurray.

For this egg drop challenge will need:

We quickly went around the house and grabbed anything that looked like it might work. In the end we had 3 old plastic containers, feathers, large paper straws, paper, string, tape and glue. 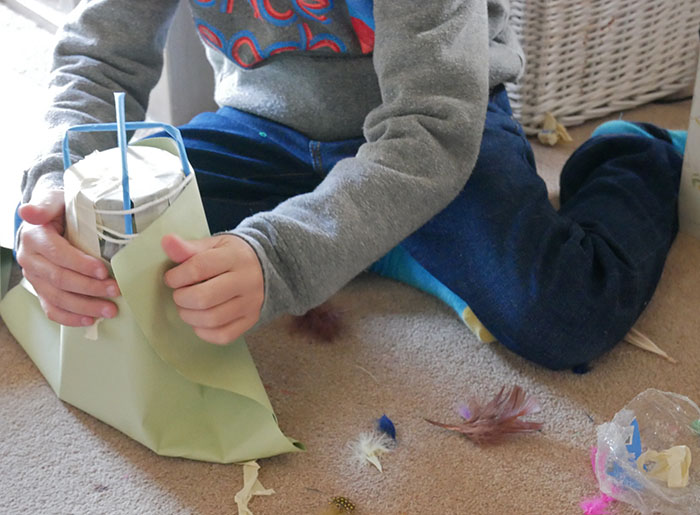 They spent about 30 minutes constructing their ships. 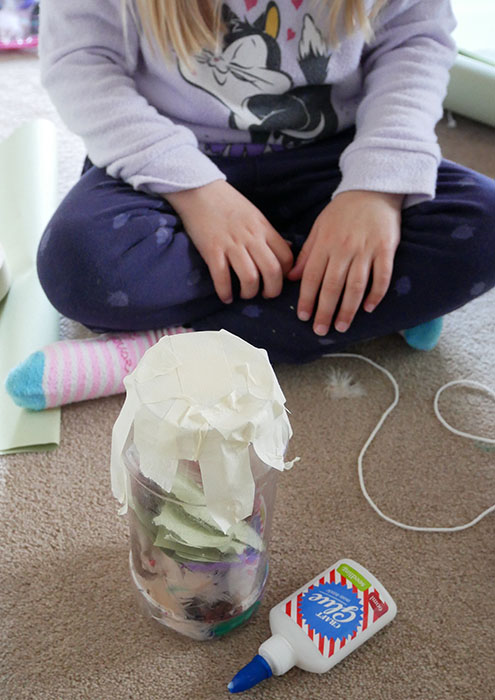 YC liked to watch what everyone was doing to help give her ideas, which EC didn’t like at all. He kept telling her to stop coping him! It was great to watch them really think about what they might need to keep their egg safe. 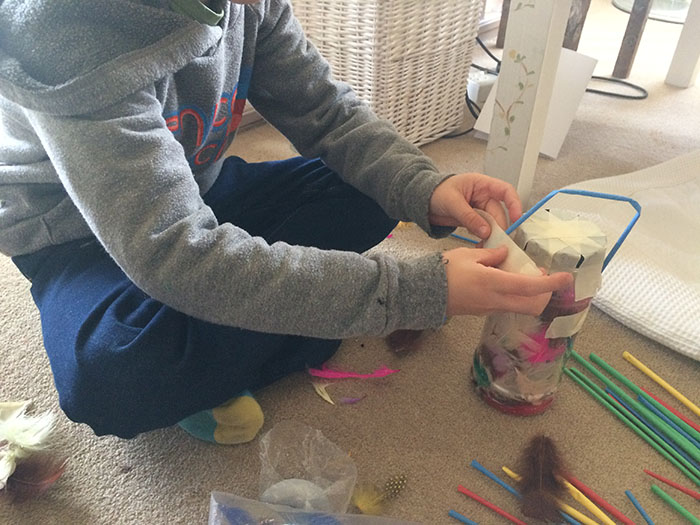 EC decided that he would try to add some sort of bumper to help absorb the shock of the landing. Which was great in theory, except that he attached them to the top rather than the bottom of his ship. 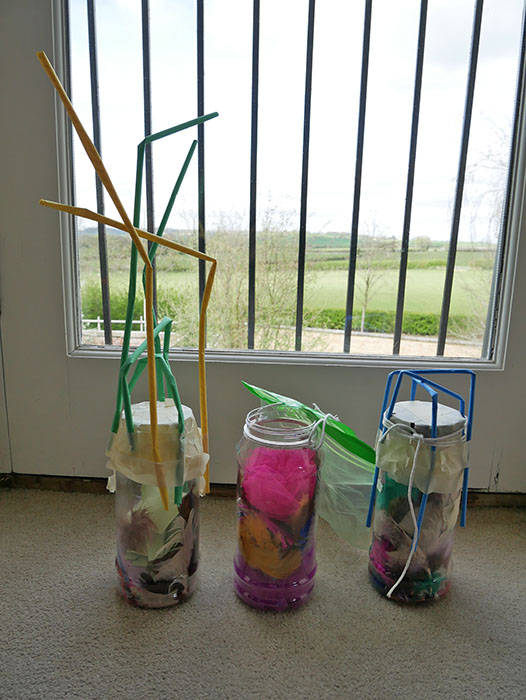 Once everyone had finished we went to my balcony door and one by one threw them over. They had a 3 storey fall this time, but you could just stand on top of a table and drop them off. 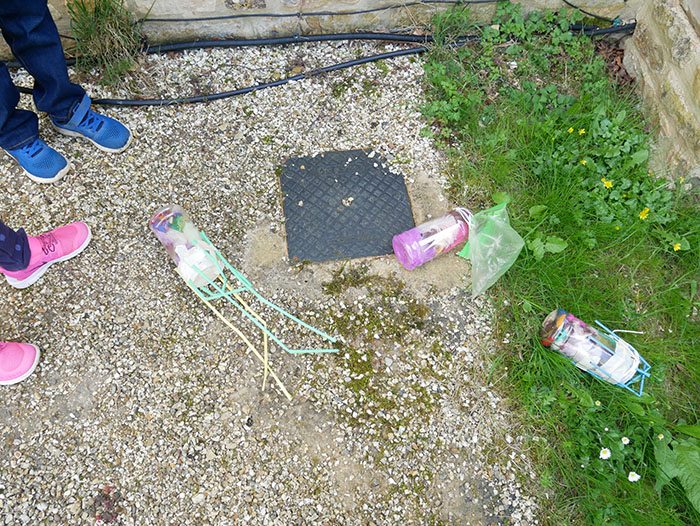 After each ship had taken its trip back to Earth we rushed outside to find out the results. Unfortunately, none of our egg-stronauts made it home.

The kiddies love this activity, hopefully the next time we do it they will come up with even more inventive ways to try and keep their eggs safe. 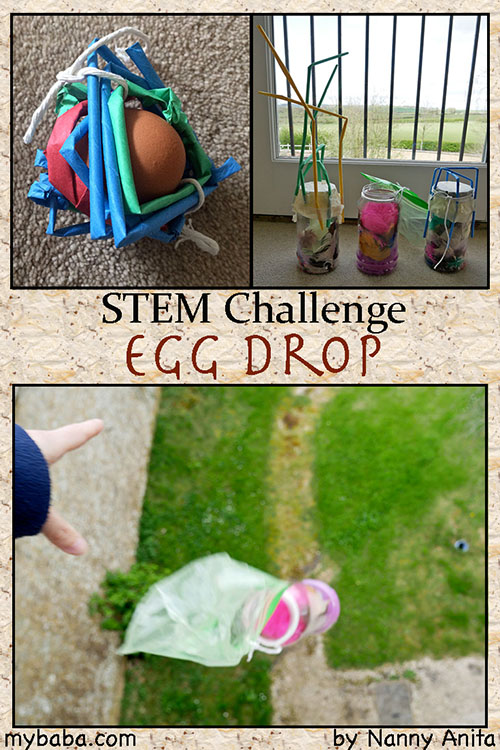