The festive countdown has almost begun and we couldn’t be more excited! Some of us, i.e. me – have found myself about to embark on my very first year of Elf on the Shelf, so I’ve been reading up on exactly what these elf adventures entail.

There are three golden Elf on The Shelf rules to abide by, we like to call these ‘The Scout Elf Code’. But sometimes, rules 2 and 3 can be easily broken. Fear not, we have solutions to every elf problem that might arise. But for now, let’s start at the beginning.

What is The Elf on the Shelf®?

The Elf on the Shelf® is a fun-filled Christmas tradition that has captured the hearts of children everywhere.

Each December, children all over the world will welcome home one of Santa’s Scout Elves. You can tell Santa’s Official Scout Elves apart from other elves at the North Pole because they arrive in their official solid red jumpsuit with their very own storybook called The Elf on the Shelf: A Christmas Tradition.

You can adopt an elf today by visiting the North Pole and having a word with Father Christmas – it’s easy, just click here. 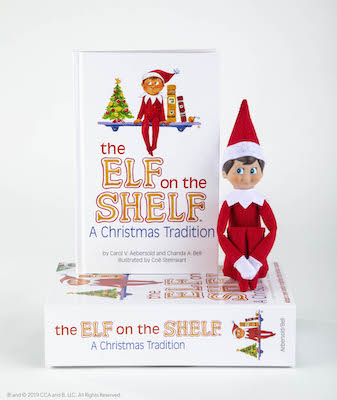 Elf On The Shelf Rule #1

Right, so firstly, you’ll need to introduce your kids to their Scout Elf, so don’t forget to give him or her a name.

Explain to the little ones that the magical Scout Elves help Santa manage his nice list by taking note of a family’s Christmas adventures and reporting back to Santa at the North Pole each night. This should encourage them to be their best behaviour!

Our Guiding To Choosing The Best Balance Bike This Christmas

Elf On The Shelf Rule #2

Every morning, the Scout Elf returns to its family and is found in a new spot in your home. This means, parents – each night you’ll need to come up with a new and exciting location for your mischievous Elf to appear, so the kids can find him when they wake up. Children love to wake up and race around the house looking for their Scout Elf each morning.

You’ll also need to set a nightly alarm to remind you to move the elf. Woe betide you when morning comes and the elf has not moved a muscle since the night before!

Elf On The Shelf Rule #3

This is probably the most important rule of all, don’t EVER let your kids touch the elf. It’s the elf equivalent of feeding Gizmo after midnight. Why? Why? You ask. Well, because all his elf magic will disappear! So parents, whatever you do, DO NOT let the kids touch the elf.

As mum to a 19-month-old grabby boy and a demanding three-year-old who think she’s already sixteen, I sense troubles ahead for rule three. To me, it sounds like the foundations for many a tantrum in our house, “Look at this cute little elf!” Big smiles, laughs and enthusiastic jumping as hands reach up to grab him…

“Oh, but you can’t touch him! No touching… I SAAAAID, NO TOUCHING!”

What if I forget to move the elf?

Oh horror. Horror of all horrors. How could you? Nope, seriously, I can imagine this will be me, probably every other night at least, so it’s best we’re fully prepared for this eventuality.

What you must know is that there are many reasons your elf chooses the same spot after returning from the North Pole. Here’s a list of those reasons why your elf may be found rooted to the same spot, so you can help children understand why…

2) The spot has a great vantage point. When your Scout Elf was watching you yesterday, they couldn’t believe what a great view they had! That’s why they decided they needed another day to see you from this perfect vantage point.

3) They wanted another day to see you do their favorite activity. Is your elf sitting in the kitchen again? That’s because they love baking and they hope you’ll make a batch of cookies! If they’re in the living room, your Scout Elf may be hoping to watch their favorite Christmas movie with you. Whatever room they’re in, think of a fun family activity your elf may be waiting to see!

Special duties at the North Pole

4) Santa gave them a special duty at the North Pole, and they didn’t have time to create a new spot. When your Scout Elf returned to the North Pole, Santa needed them to complete a special task before departing for your home. So even though your elf had a brilliant idea planned, they decided they had just enough time to return to their awesome hiding spot from the prior day.

5) They’re working on surprising you with something very special the next day. To create a fantastic surprise they dreamed up, your elf needed a little more planning time. As you slept, your Scout Elf got most of the surprise planned, but they need just one more day to make their terrific idea come to life!

6) Your Scout Elf is trying to trick you! Bet you didn’t think your elf would show up in the very same spot—that’s why they picked it: to make you do a double-take! After searching the house for your elf’s new spot, they just knew you’d smile to see them hiding in a familiar spot!

7) They ate too many cookies at the North Pole. Mrs. Claus was just finishing a big batch of cookies when your Scout Elf arrived at the North Pole, and they happened to be your elf’s favorite kind! After indulging in the super sweet treat, your elf had just enough energy to use their sugar rush to fly back to your home. After that, they needed to take a rest in their pre-selected spot.

8) Your Scout Elf forgot their spot from yesterday! With so many things to remember to tell Santa, your elf got back to your home only to realize that they forgot all the spots they’ve chosen this season. That’s why they accidentally ended up in a place they’ve already been!

9) They heard someone and quickly picked a spot. Your Scout Elf was just looking around the find the perfect spot when they heard someone nearby grabbing a glass of water! They happened to be right near their spot from yesterday, so they quickly got into position to avoid being seen.

10) They did move—take a closer look! It may appear as though your elf is in the exact same spot, but look closely: it looks like they’re sitting differently than yesterday! Perhaps they’re testing your observation skills

SOMEBODY TOUCHED THE ELF!

11) Someone touched your elf. If your elf didn’t move, they may be trying to communicate an important message to you! If your elf is accidentally touched, they may have just enough energy to get to the North Pole, but not enough magic to create a whole new scene in your home. But don’t worry, a day’s rest and your elf will be right as rain the following night.

Adopt your elf for this festive season and many more to come but visiting the North Pole’s Elf Shop.

Have your elf a merry little Christmas! x 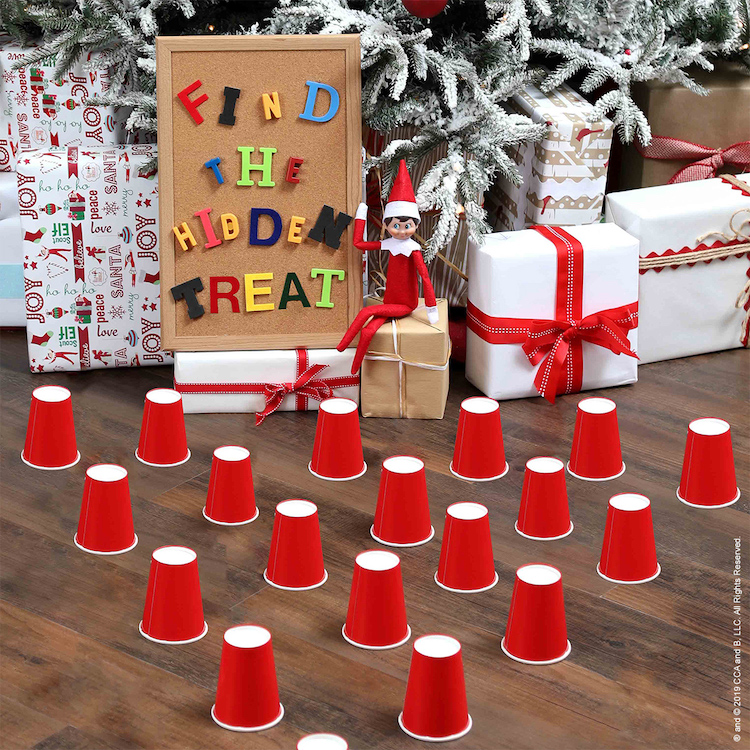