Melissa Jackson from Bridlington is calling for all pregnant women to be better informed about group B Strep (also known as GBS or Strep B) bacteria, which almost killed her newborn baby, Matilda.

After a straightforward pregnancy and extremely fast labour, Matilda was born in Scarborough Hospital on 24 April 2017, but Melissa, quickly sensed that all was not well. The ward doctor found that Matilda’s oxygen levels were alarmingly low and she was rushed to the special care unit.

History was repeating itself for the Jacksons. Their eldest daughter, Annabelle, who is now five, was also in special care for 13 days at birth with suspected sepsis.

Melissa Jackson said: “To be going through this horrendous experience again was almost too much to bear. I couldn’t even stay with Matilda on the first night as there were no beds in the special care unit, so I ended up back on the maternity ward with no baby. At midnight, I heard a doctor asking which bed Melissa Jackson was in. My heart was pounding as I feared the worst with them coming in the middle of the night, however, they had come to say that thankfully the lumbar puncture results were clear for meningitis and they wanted to let me know as soon as possible.”

Testing for Group Strep B

As well as testing Matilda, Melissa Jackson had a swab test and was found to be carrying group B Strep. The bacteria was passed to Matilda around labour, and caused a group B Strep infection.  During Matilda’s eight-day stay in hospital, her oxygen saturations gradually improved and she was moved from an incubator into a hot cot but stayed on antibiotics during her stay.

“Once Matilda was diagnosed, the hospital gave us leaflets about group B Strep,” said Melissa Jackson, “and it was then that I realised that this was only the start of a long journey. It was frightening to read that although the treatment was working well, we wouldn’t be able to relax once we got home as there was the possibility that Matilda could relapse.”

The UK does not routinely test pregnant women for group B Strep, unlike the United States, Canada, Germany, France, Spain and many other developed countries where all mothers-to-be are tested. Each week in the UK, one baby dies and another is left with a long-term disability, like cerebral palsy or hearing or vision loss, as a result of group B Strep infection. The bacteria can be passed unknowingly from a mother to her baby around birth. Rarely harmful to adults, it is the UK’s most common cause of severe infection in newborn babies, causing sepsis, pneumonia, and meningitis.

Most group B Strep infections in newborn babies can be prevented by testing the mother late in pregnancy and providing intravenous antibiotics during labour to those who test positive. This reduces the risk of a baby developing a group B Strep infection by up to 90 per cent. The test would cost the NHS just £11 and private tests can also be purchased online. Pregnant women can take this simple, safe test between 35 and 37 weeks of pregnancy.

Matilda was closely monitored during her first 12 months, and she successfully reached all her developmental milestones and is now a happy and healthy three-year-old.

“New mums need to be made aware of group B Strep and the fact that they can take a test privately, if the NHS doesn’t offer one to them.  I would have had the test if I’d known about it,” said Melissa Jackson.

Jane Plumb MBE, founder and chief executive of the Group B Strep Support charity, said: “We’re so sorry that Melissa and Sam and baby Matilda had to go through this frightening experience. The UK’s rate of group B Strep has been rising in recent years, showing that the current prevention is failing. We’re fighting for the UK to adopt a national policy of testing and prevention and until then, it’s essential that we spread the word to pregnant women and their family and friends.”

Since late 2017 the Royal College of Obstetricians and Gynaecologists guideline on group B Strep has recommended that all pregnant women should be provided with a leaflet on group B Strep during pregnancy. (This leaflet can be downloaded from the Group B Strep Support charity’s website).

The Best & The Newest Baby Products Every Mama Should Know About

How To Teach Your Baby To Drink From An Open Cup

Key facts about group B Strep

What is group B Strep?

Testing for group B Strep carriage

Who are Group B Strep Support? 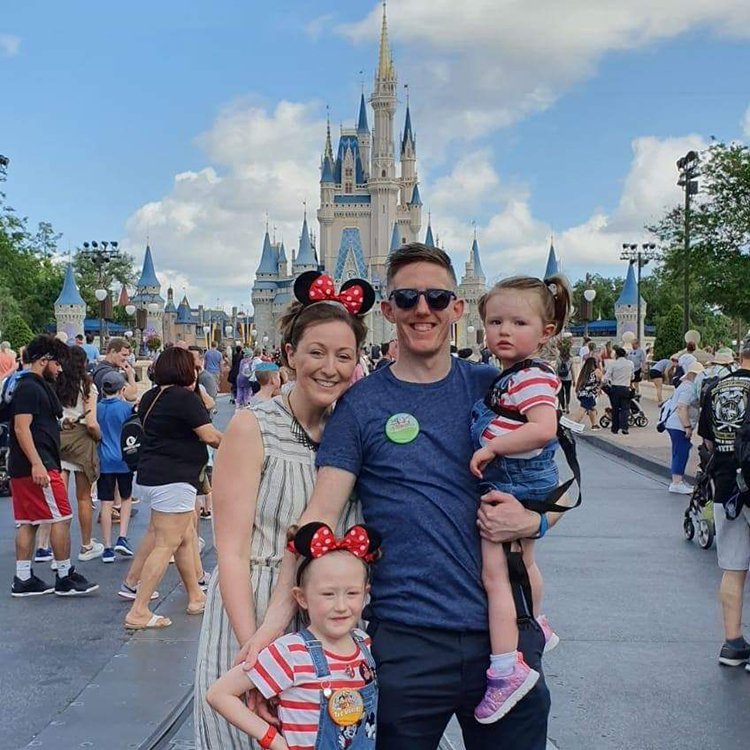 Everything You Need To Know About Group B Strep & Pregnancy

Everything You Need To Know About Mastitis