A few years ago, my charges were obsessed with ninjas.  It’s a pity that we never did these moving origami ninja stars then.  But they are still fun to make and throw around now.  BB certainly gets a kick out of them at the moment.

Make sure you follow my origami board on Pinterest for more ideas.  Don’t forget to save the pin for later.

To make your own moving origami ninja star you will need: 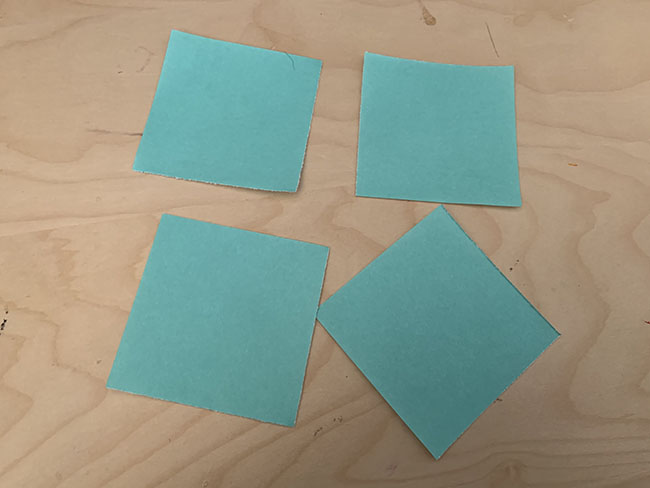 Start by cutting your 2 pieces of paper into quarters. 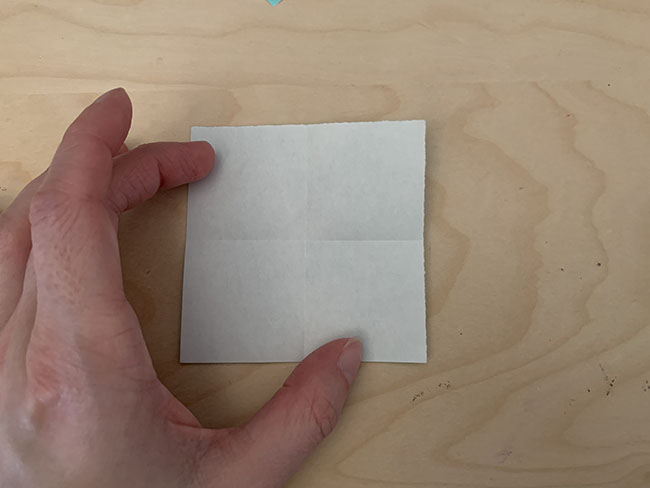 Take one of those squares and fold in half vertically and then horizontally.  Make sure you unfold it at the end. 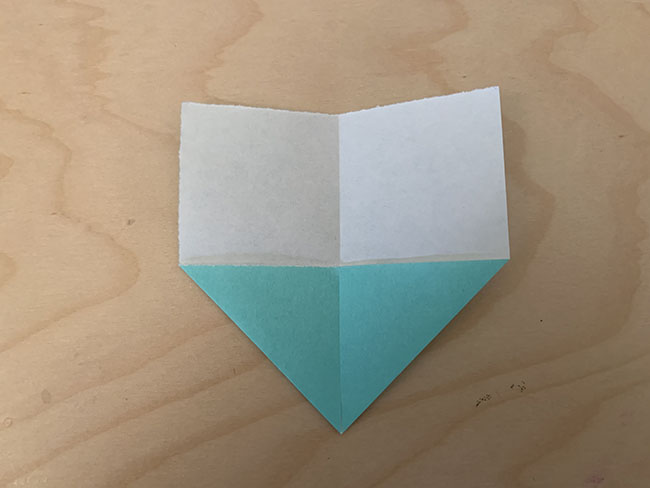 Fold the two bottom corners to the centre point.

Fold it in half. 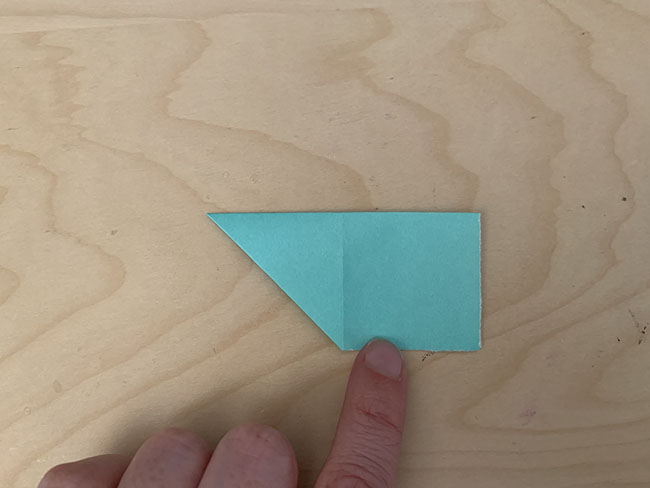 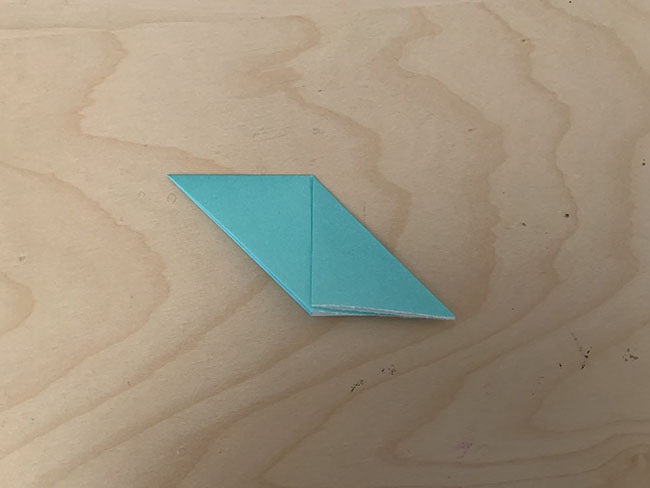 Fold the top right corner down.  It should be a rhomboid shape (if I have correctly remembered my shapes). 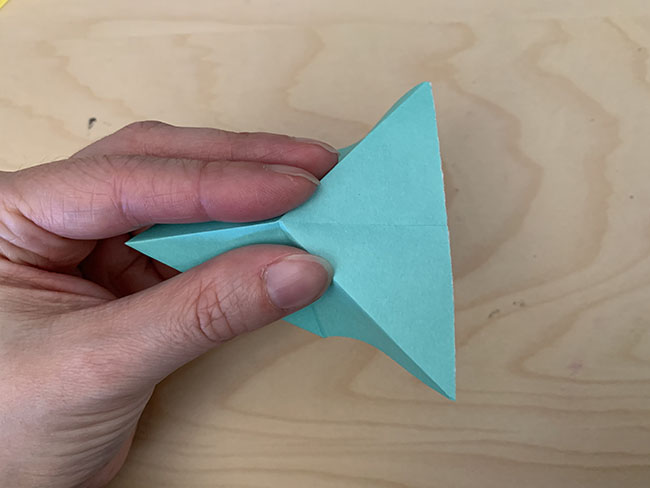 This is the slightly trickier part.  Now unfold that last step.  Open it 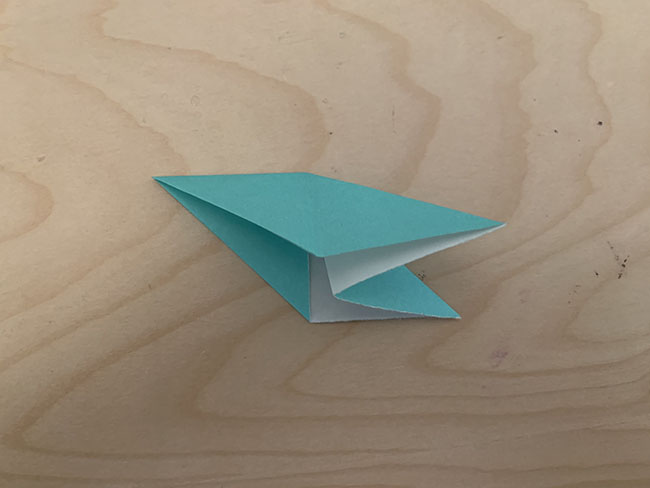 and push it inside so that you get a valley fold.  This is a reverse fold. 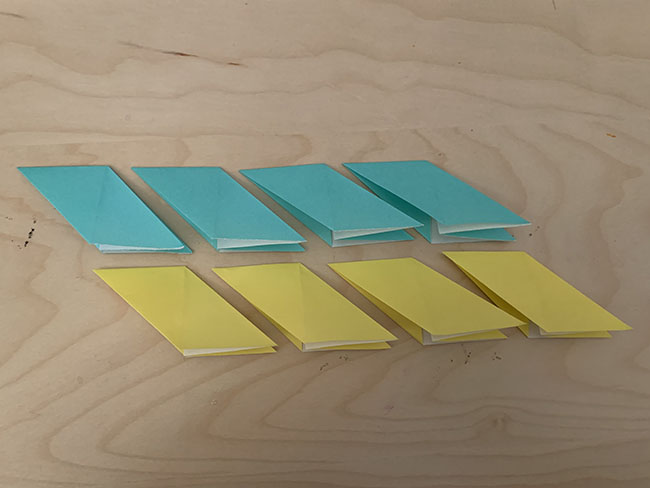 Repeat this for all 7 pieces. 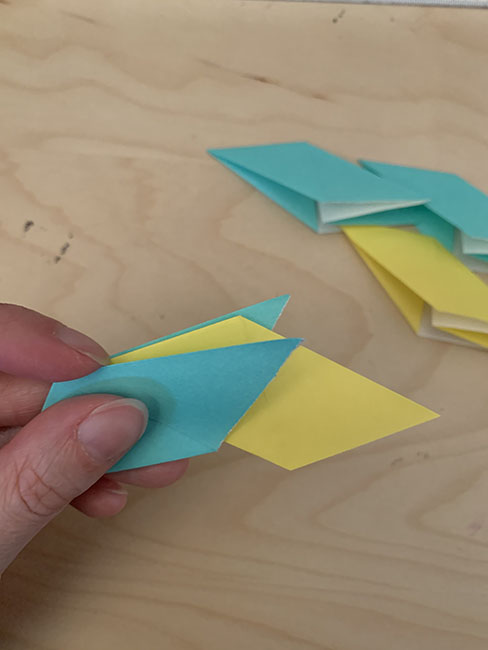 Going in alternate colours, slip one piece into the first one and fold the corners of the first piece of the second piece. 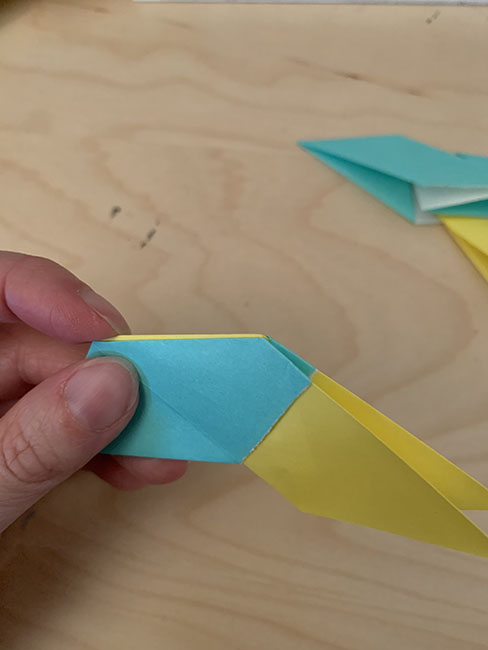 Make sure that you really fold the flaps over tightly to keep everything in place. 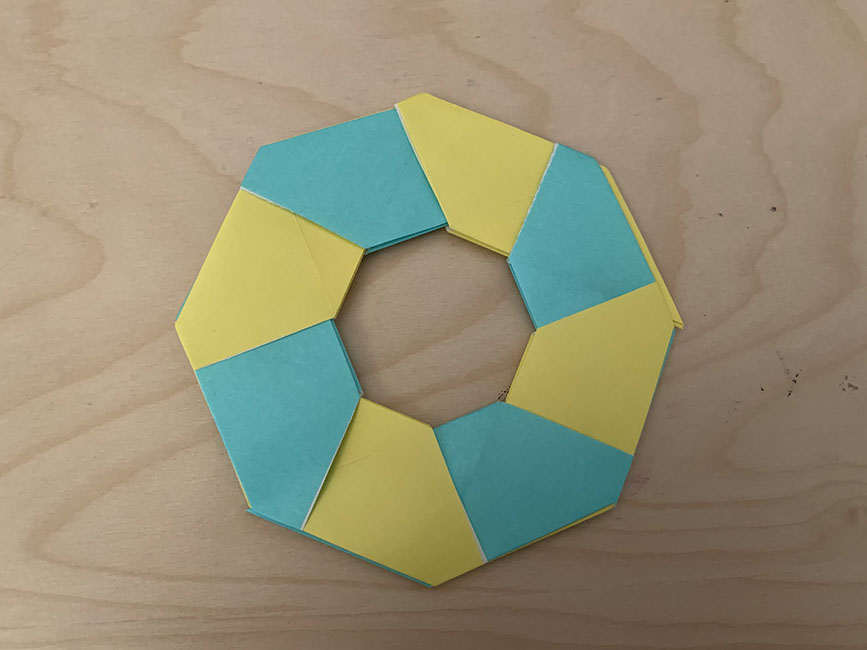 Continue doing this until you have made a ring.

To turn this into your ninja star you need to push on each side to make them slide into the middle.

I hope that you managed to keep up with my explanation.  Hopefully, the photos are easier to follow.

If you enjoyed making these moveable origami ninja stars, be sure to check out my game of ultimate ninja. 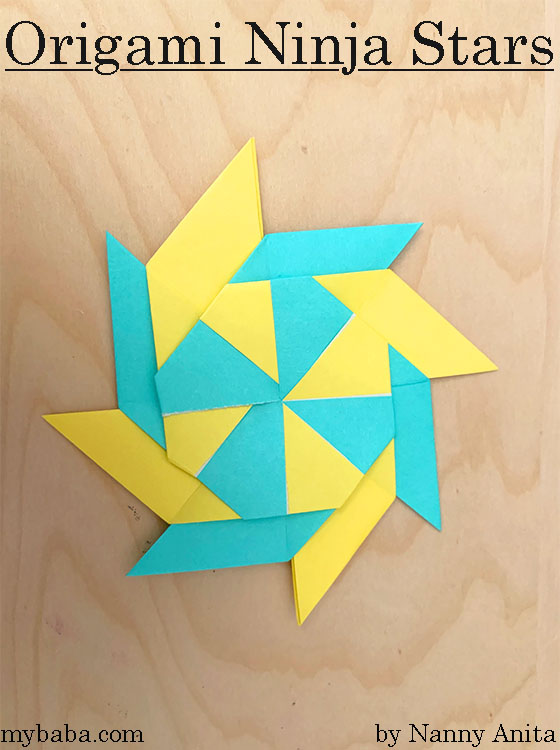