Slap Jacks is basically the same game as pairs.  However, I find this one really good for little ones as a beginner card game.  It is also fun for older kids and adults.

To play Slap Jacks you will need:

Start by taking out all the jokers.

This is why I like this game for little ones.  They don’t have to remember what the previous card was, they just need to look out for the J.  It makes it a slightly less painful game to play with young children.  It also means they have a greater chance of winning.  In fact when I taught BB this game he did win against me, and I am not one to let kids win.

If you enjoyed this game of Slap Jacks, be sure to check out my go fish card game, James Bond card game, chase the ace card game, and garbage card game. 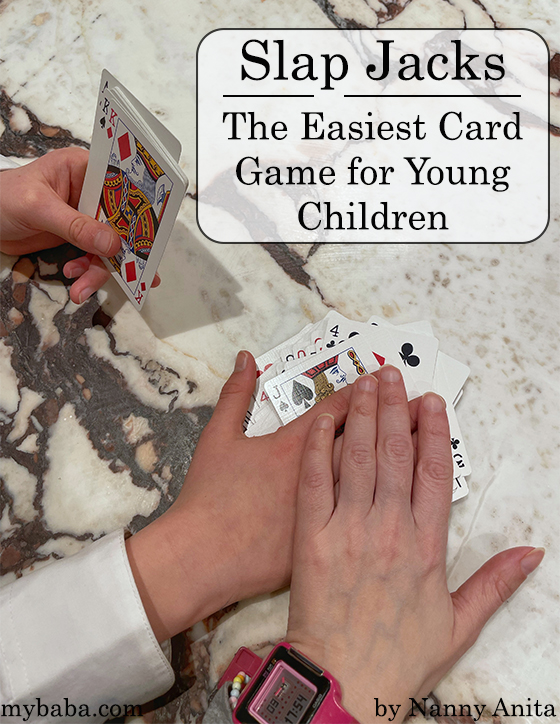