As origami designs go, this origami flapping bat is one of the easiest that I have made.  It doesn’t take long to make one.

Make sure that you follow my Halloween board on Pinterest for more ideas.  Don’t forget to save the pin for later.

To make your own origami flapping bat you will need: 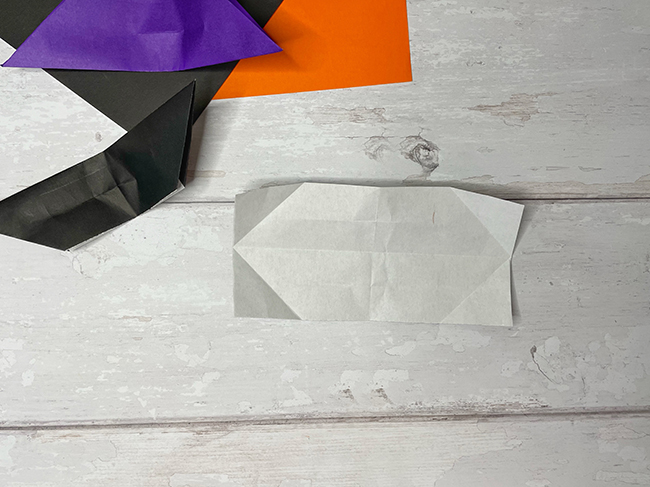 Start by folding and cutting your piece of paper in half.  You will only need one half to make this origami flapping bat. 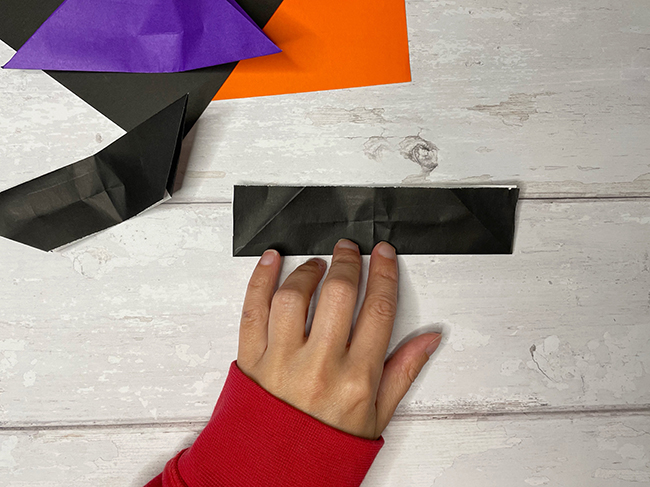 Fold the piece of paper in half and unfold. 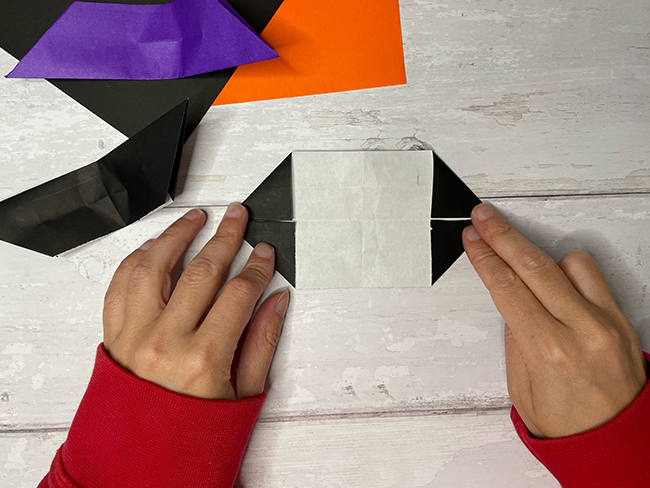 Fold each corner into the middle fold (basically dog earing it but more neatly). 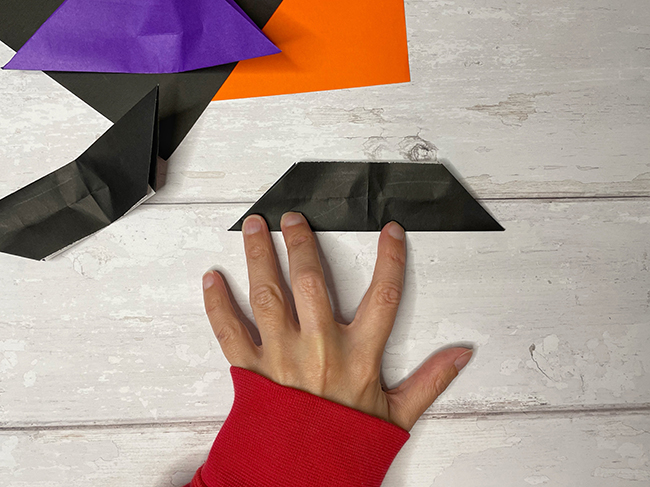 Next fold the paper in half. 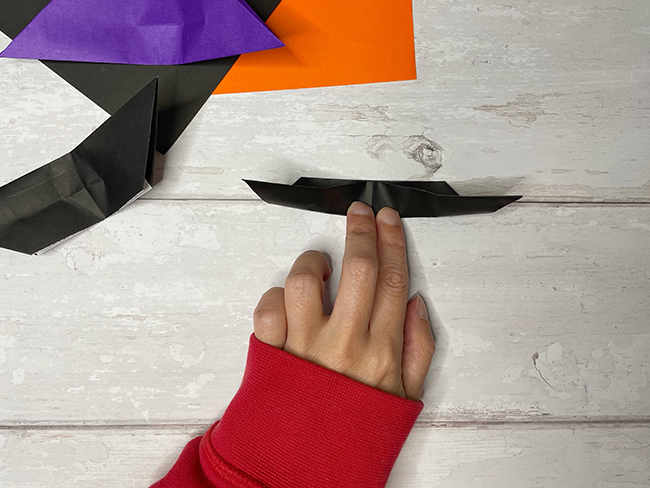 Fold the paper in half again and push down in the middle area, then unfold it. 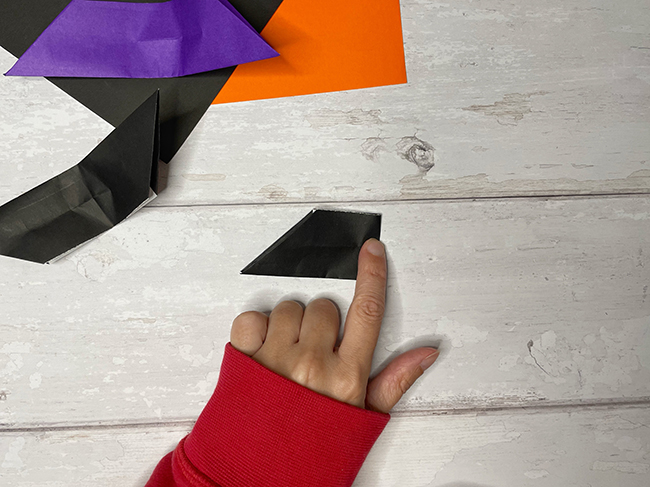 Then fold it in half the other way and gentle push down in the middle. 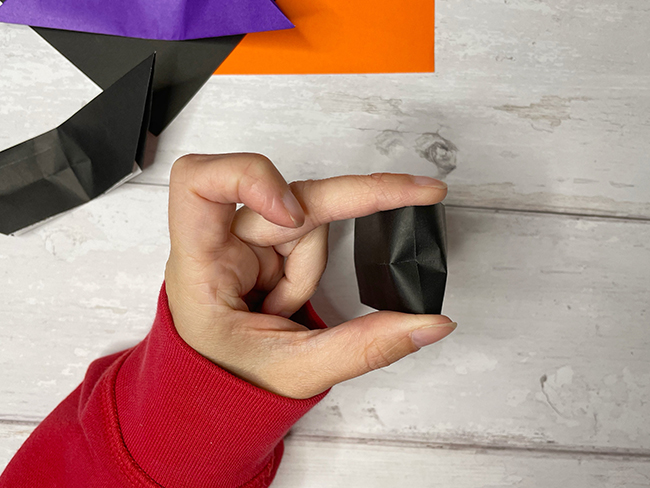 Turn the paper so that the two wings are facing down and gentle flatten the middle part where you did all the folds in the middle. 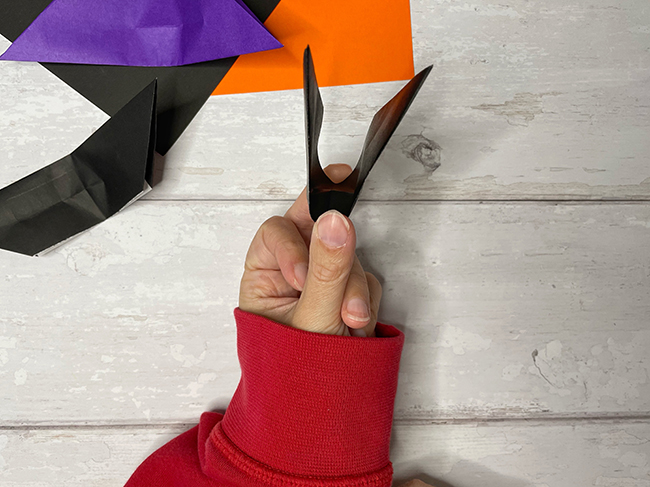 To make the bat flap its wings, put your thumb, and index finger either side of the bat and gentle squeeze the middle area that you flattened together.

If you enjoyed making this origami flapping bat, be sure to check out my glow in the dark origami ghosts and ghoulish sun catchers. 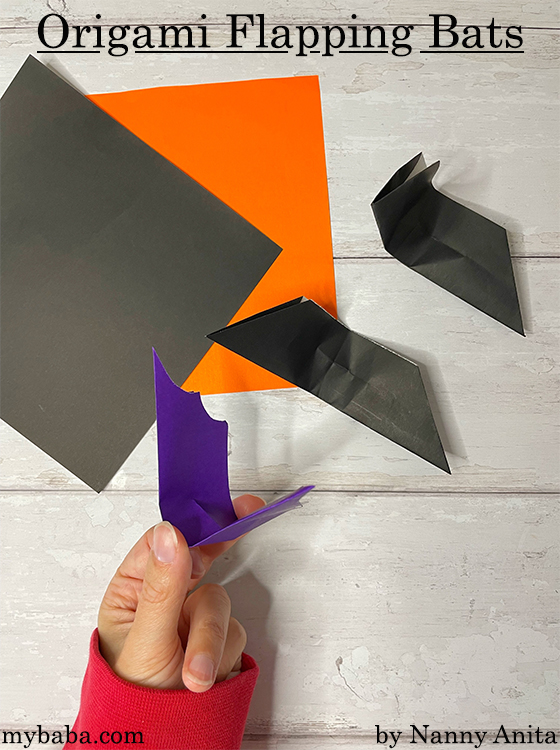