Have you seen Avengers Endgame?  At the beginning of the movie, you see Iron Man playing origami flick football with Nebula.  It is one of my favourite scenes from the movie.  Plus, the game of flick football is a fun one to play with kids when they are bored, and you have 5 minutes to spare.  I’ve taken to keeping an origami football in my nanny bag.

Make sure you follow my busy bag board on Pinterest for more ideas.  Don’t forget to save the pin for later.

To make your own origami flick football you will need: 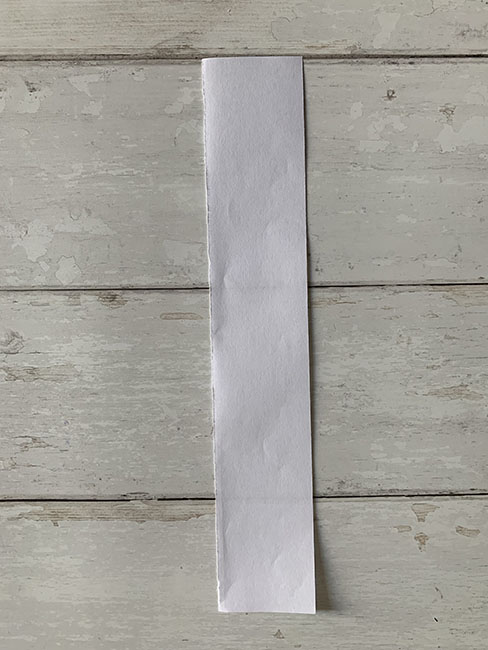 Fold your piece of paper in half (lengthways) and then in half again.  Cut off one of the strips. 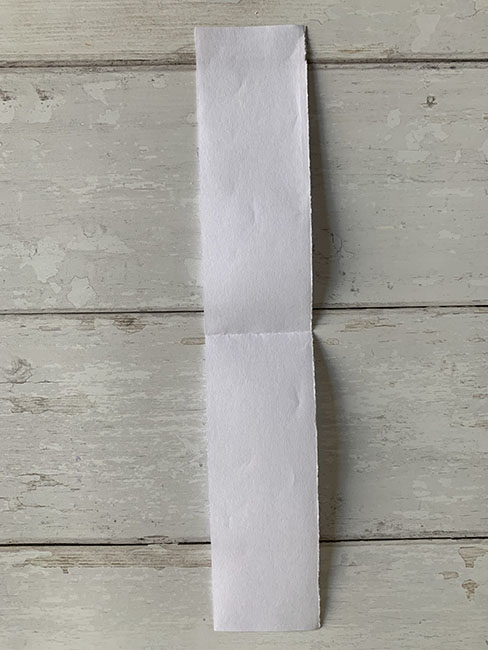 Fold this strip in half, make a crease in the middle then unfold it. 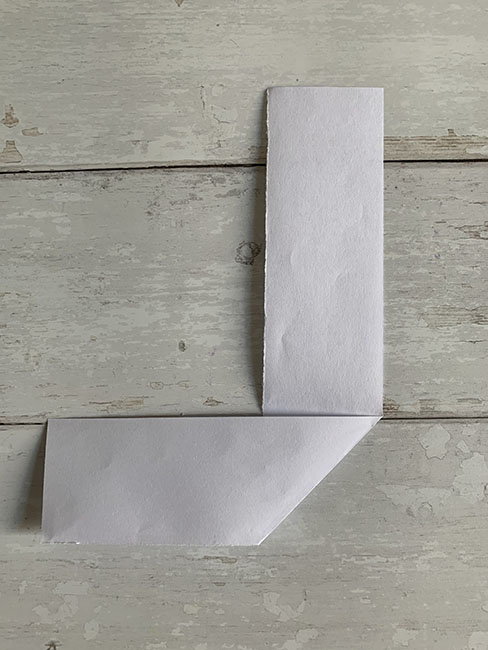 Fold the bottom halt toward the left so that you create a backwards L.  It should line up against that middle crease you made in the previous step. 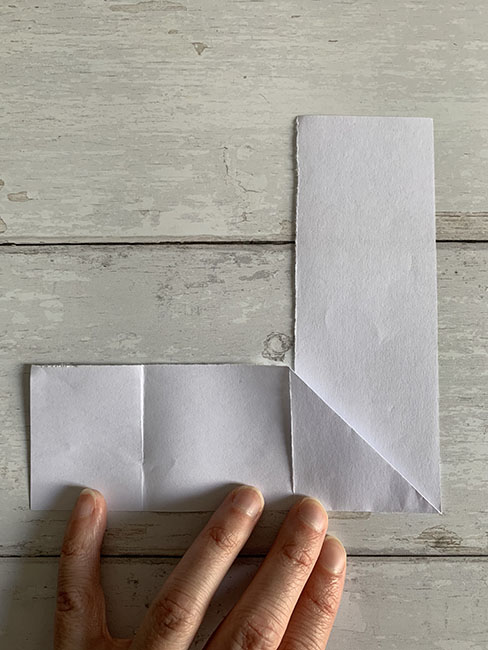 Now fold this horizontal tab up towards the top. 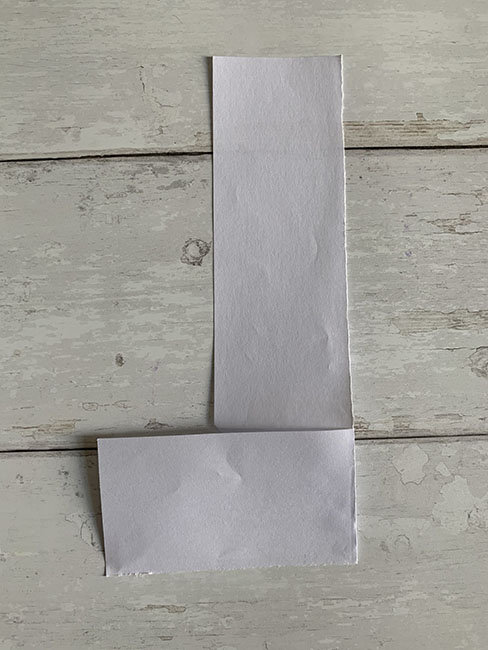 Turn the paper over and fold the horizontal tab on the right over the vertical one. 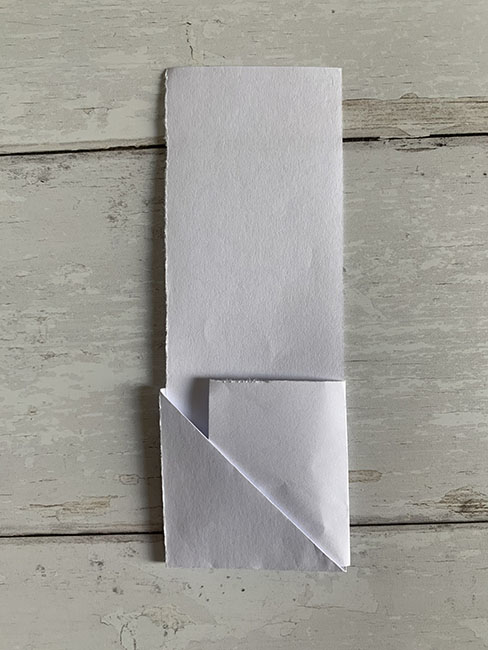 Flip the paper back over.  You should be left with a tiny bit of that horizontal tap sticking out to the right side.  Tuck that part into the triangle. 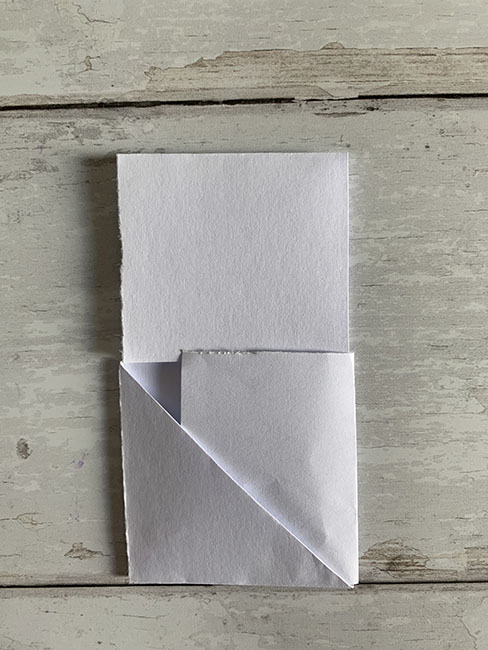 Moving onto the vertical tap; fold the top down towards the triangle. 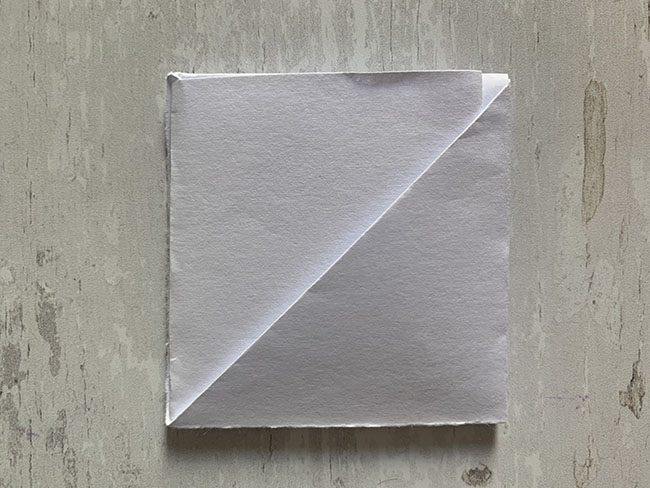 Repeat this last step again to create a small square.  Tuck the tab into triangle. 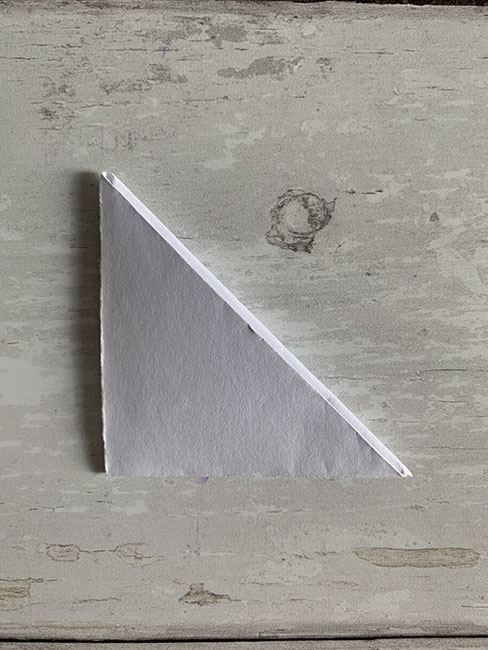 Fold the top right corner of the square into the bottom left and tuck it into the triangle.  Ta Da! You now have your football.

How to play origami flick football

Taking it in turns you must flick the football through the over persons goals. 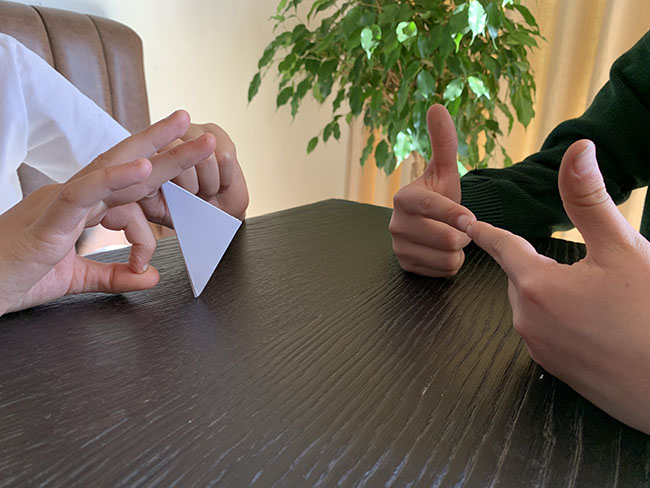 The person who is being flicked at, has to make goal posts using your hands (thing rugby goal posts or American Football posts, rather than British football goals).

The person who is flicking has to flick the football over the goal posts to score a point.  First person to 10 is the winner.

Learning to flick the football takes a little bit of practise.  So have a few practise shots before starting the game.

If you enjoyed this origami flick football game be sure to check out my mini pick-up sticks game, 10 brain teasers for kids, and build a cupcake busy bag. 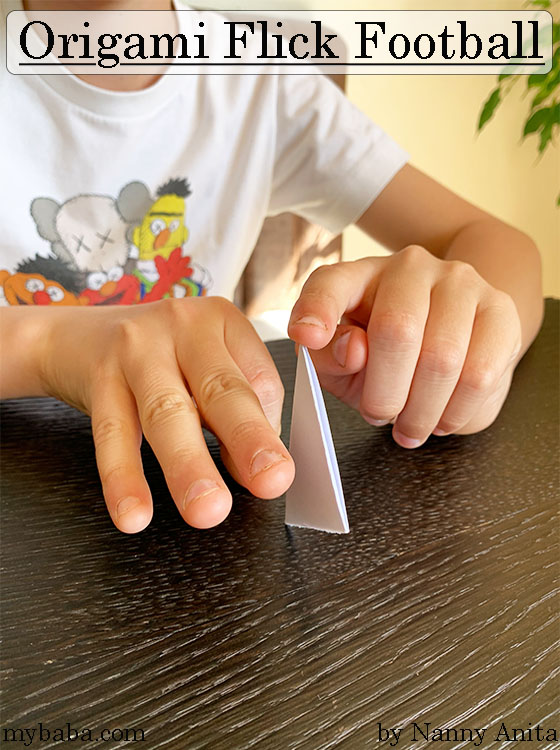