Who doesn’t like to make paper planes?  I think they are similar to bubbles; it doesn’t matter how old you are, paper planes brings out our inner child.  The only problem with paper planes with little ones is perfecting the throw.  Most smaller children tend to throw their one straight into the ground.  Which can lead to a lot of frustration.  While playing with ours the other day we used elastic bands to launch our ones.  I have to admit, BB was much better at it that I was.  His plane consistently went further.

Make sure you follow my activities board on Pinterest for more ideas.  Don’t forget to save the pin for later.

To make your own paper plane elastic band launcher you will need:

This paper plane elastic band activity is a fantastic way to experiment through play.  I will also add this is probably better done outside.  These planes can go really far if launched correctly.  We did ours inside and managed to get it to down a long corridor, about 3 rooms in length! It might have gone further had the wall not been in the way. 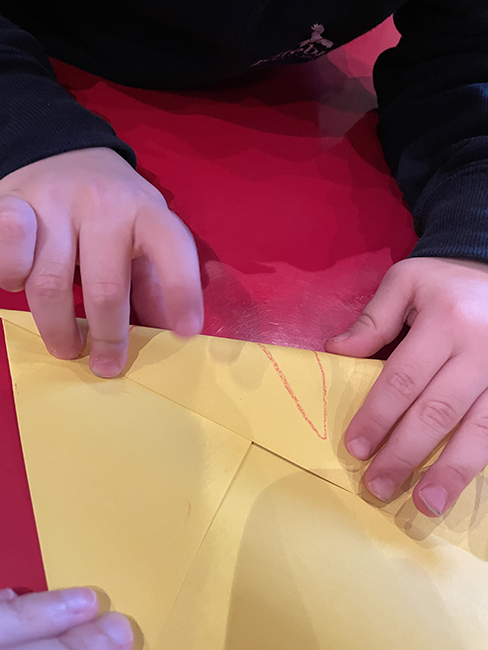 First off there is the design of the plane.  There is no right way to build a paper airplane.  Have fun trying out different styles.  The only thing that you will need to do is cut a little notch out of the bottom of your plane for the launcher.

Secondly there is the type of elastic band you use and how you hold it.  Again, you can try it multiply ways with different types of bands. 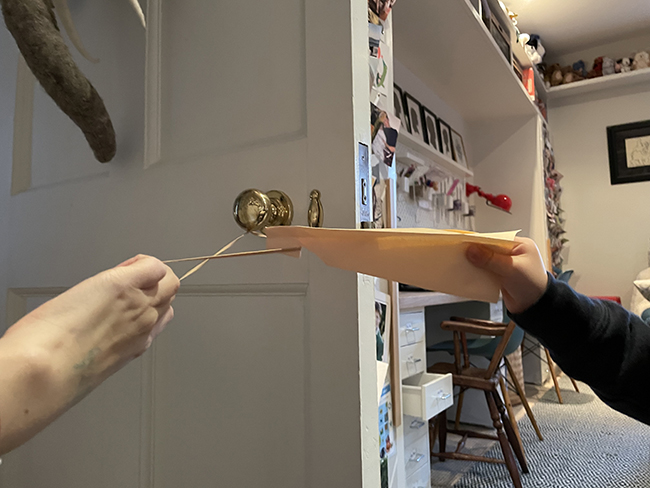 We had quite a large elastic band, so we wrapped one end around a door handle while the other end went around my fingers.  BB, then used it like a sling shot to fire his off.  He did learn very quickly, that if you pull too hard, the plane might rip in half.

Once we found a smaller band it went around the thumb and index finger of our left hand and used it like a sling shot.

The trick to being able to launch them really far is down to the angle of launch, the weight distribution of the paper plane, and the position of the elastic band in the notch.  All things with which you can experiment.

BB and I played with ours for an hour after school, so I would definitely say this was a winning activity for him.

If you enjoyed this paper plane elastic band launcher, be sure to check out my flight school activity and toy parachute drop. 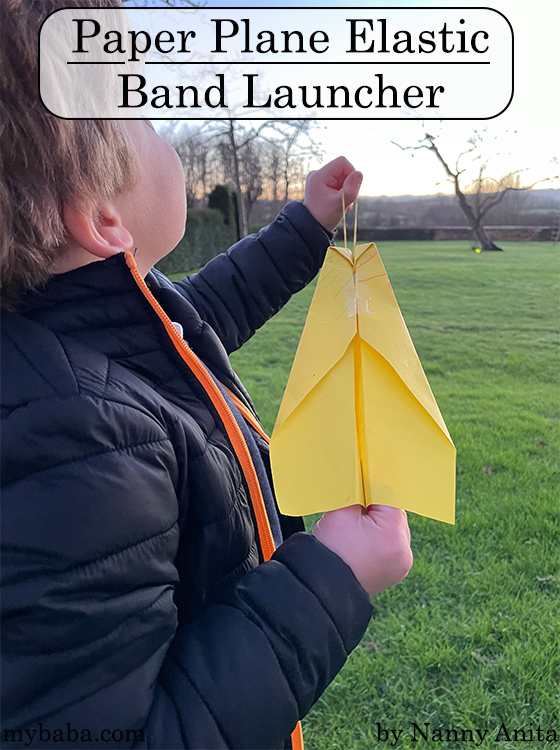