Today we are chatting with Cliff Weitzman, an American entrepreneur, and the brains and the energy behind the amazing app Speechify, a mobile and desktop text to speech voice system. Cliff was diagnosed with dyslexia aged 9 and describes it as ‘the best day of his life,’ after experiencing so many struggles and hurdles with reading previously. At the time, there were no apps like Speechify to help Cliff with his reading difficulties, so he taught himself to hack computer programs to read his textbooks.

An interview with Cliff Weitzman, founder of Speechly

Cliff landed himself at Brown University where he taught himself to code on the side. He is now a Google Student Ambassador, and a dyslexic advocate. In 2017 Cliff was named in Forbes Magazine’s 30 under 30. Cliff has turned Speechify into an incredibly user-friendly app that’s great for anyone

“I was absolutely inspired by Cliff’s story, he basically put himself through Brown University and has grown his team from 1 to over 80 and he is not even 30 years old!” says Leo. “In this podcast, Cliff talks about how to support your children with dyslexia or any other different learnings. We discuss which books to download and ultimately how to succeed when the odds are stacked against you.”

You can download the Speechify app from Apple or Google.

Cliff Weitzman, previously a senior at Brown University and Google Student ambassador, has come up with a solution to reading disorders and difficulties. He is the founder of Speechify Text To Speech software and his software program transfers text to speech, making reading more accessible for users who are dyslexic (like him) and hard of sight, or English as a second language readers.

In 2017,  Weitzman is a prominent advocate of speed learning and specifically speed listening. He could not read as a child, but later could after his father would read Harry Potter out loud to him. His company is growing quickly, and Cliff has been named one of Forbes 30 Under 30. “My goal is to ensure that reading is never a barrier for anybody who wants to learn, regardless of their circumstances,” 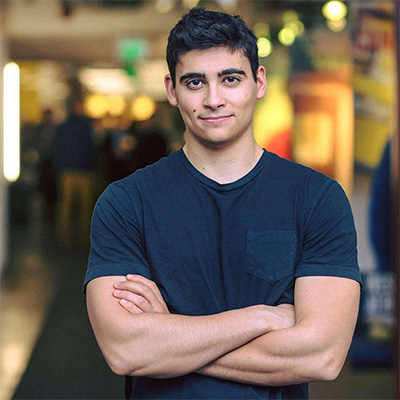 Parental Control, Ep 45: Why We Should Stop Nagging Our Children And Consider A Different Approach To Discipline