It has been years since I made Kool Aid play dough, and I forgot just how good it smells.  BB and I made a batch of it during home schooling for use in our counting session, but also to make some play dough conversation hearts.  Which would also make a great phonics/writing activity.

Make sure you follow my Valentine’s day board on Pinterest for more ideas.  Don’t forget to save the pin for later.

To make your own play dough conversation hearts you will need: 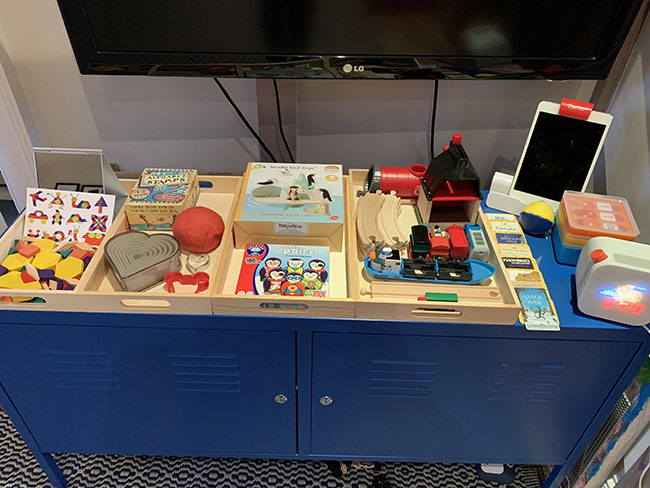 As we did this as part of home schooling, I set up all the stuff we needed on a tray and left it on the side.  Then it was up to BB to decided when and if he wanted to play with it.  Thankfully, anything that involves play dough is always a big hit. 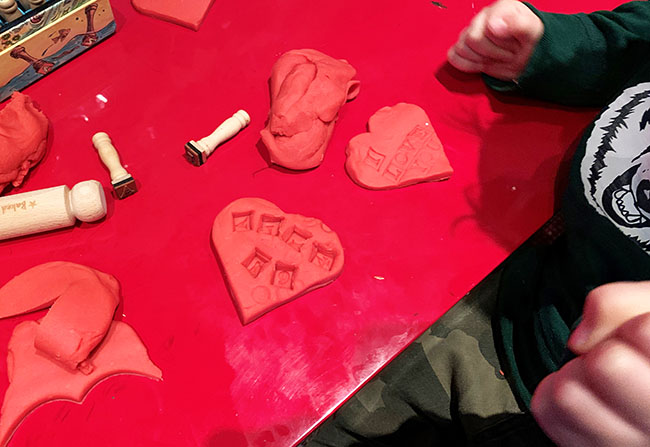 The whole point of the activity was to create our own versions of the sweets love hearts.  Otherwise known as conversation hearts.  Obviously, BB is too little to create ones with the proper spellings.  But he used the stamps to create his own messages and then told me what they were meant to mean. 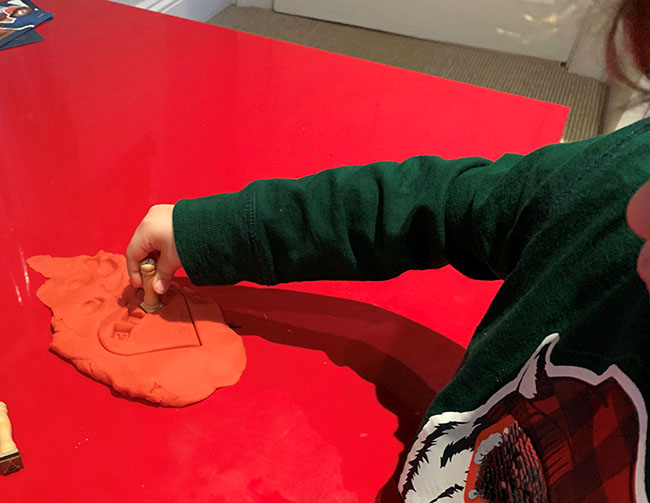 It was a nice way to also about what sort of kind things we could say to others to make them happy. 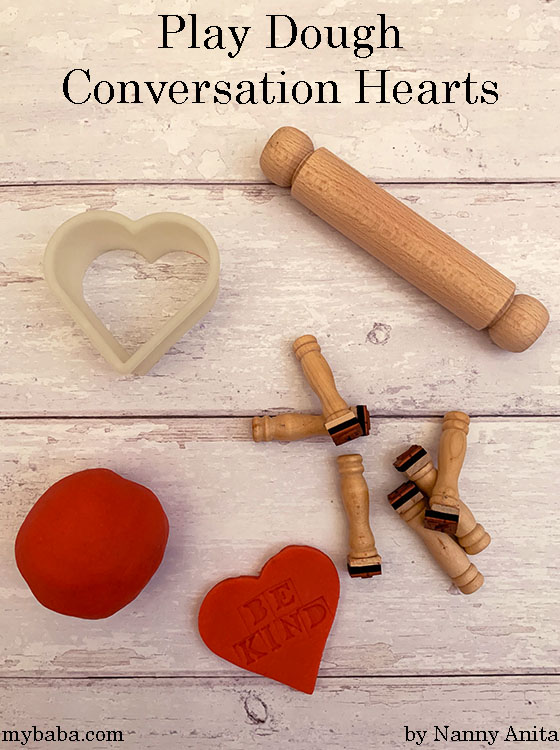