I’m not sure why I decided to make our own Scrabble Junior busy bag but at the time I must have thought that it was a good idea. I mean, it was a good idea, but I didn’t realise how hard it actually was to make up your own board. I would come up with brilliant boards and then realise that I didn’t have enough letters to cover it, but changing one word meant that half the board ended up having to change! Thankfully I did manage to make not one, but four boards, which are available for you to download:

I do realise that in the official game of Scrabble you can’t use words that have capital letters, which means countries and names aren’t allowed, but this isn’t an official game, so it is fine.

Make sure you follow my English board on Pinterest for more ideas.  Don’t forget to save the pin for later.

*I bought a 100 pack of 16mm counters (think tiddlywinks size) from amazon.co.uk that ended up having slightly more counters in them.

On the counters write the letters; for these 4 boards you will need a total of:

The Rules of the Game:

Place all the counters facing down in the middle.

Each player gets to choose 7 counters each.

On each go a player may put down 2 counters on a matching letter. They then get to pick up however many tiles they put down from the pile in the middle.

When a letter is put down onto a word it has to be placed in the correct order that it is spelt.

E.g. if you wanted to put the counters onto the word TRUMPET the first counter would have to go onto the T followed by the R and U etc. You cannot put them down in a random order.

If you start a word then anyone can add letters to it.

If a player completes a word they score a point.

The winner is the person who has the most points after all the words have been completed.

I played this with EC while we were away for half term, and although it took some reminding that he couldn’t put down letters out of order, he really enjoyed playing it and every time we came in from skiing he asked to play again.  We also found that sometimes we didn’t have the letters to play any of them.  In the end if both of us couldn’t go then we would switch two counters out for 2 new ones.  Otherwise it would have ended in a stalemate. 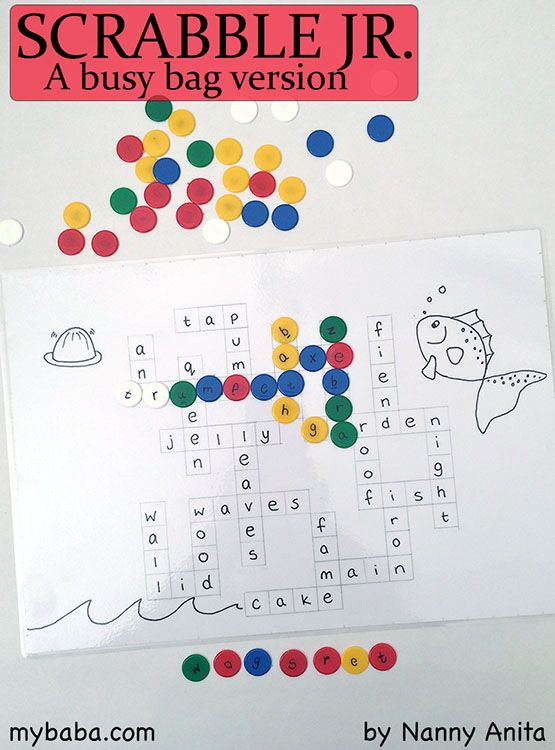 The Baby Tuck Sheet is a TOG-rated, safe newborn bed sheet – a baby blanket alternative – suitable from birth. Designed to use over the top of a swaddle or sleeping bag, the Baby Tuck Sheet is a firm-fitting mattress sleeve that provides added security and comfort for a newborn during sleep. Each side of the Baby Tuck Sheet is TOG-rated; simply flip the sheet over to adjust the warmth and follow our Bedding Temperature guide (included) for help layering. The zips allow you to adjust to two levels of firmness (tightness) to find the perfect fit for your baby’s size, or strength of startle reflex.

ergoPouch products are reviewed by the Eczema Association of Australasia as being skin-friendly. All ergoPouch fabrics are dyed with non-toxic water-based dyes, and come in trend-driven prints and colours to suit any nursery. What’s more, every gorgeous print is designed in-house.