Last year BB broke his arm! For weeks he had it in a cast, and when he finally had the cast taken off, he was very reluctant to use that arm. Obviously he had lost some muscle tone and we needed some activities that he enjoyed that would help to build it up. For fine motor skills we did things like making biscuits, play dough, and kinetic sand. For his gross motor skills we focused on throwing and catching balls. However, for the first 6 weeks we had been told he had to be very careful, no running, no climbing, no bikes, no trampolining, because the risk of him re breaking it was extremely high. Which is apparently very common in children, who knew! With all those activities out, we need some other gross motor skill activities. Eventually I thought of making some spin drums.

Make sure you follow my craft board on Pinterest for more ideas. Don’t forget to save the pin for later.

To make your own spin drum you will need:

Cut out a circle from your cardboard. 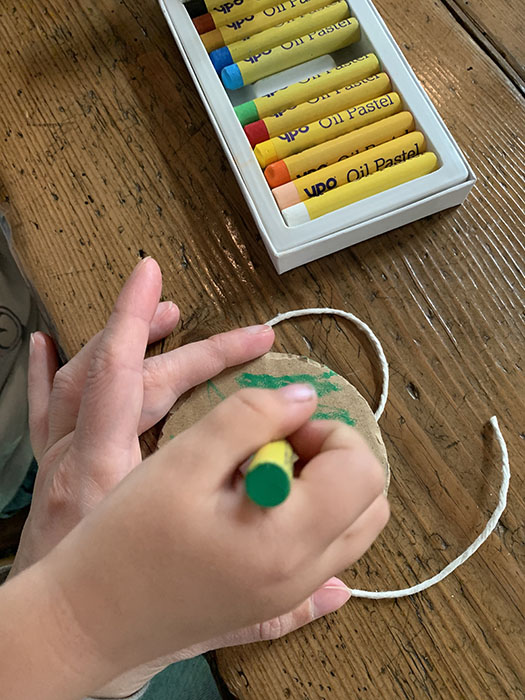 Next decorate your drum. We used pastels to colour ours in. This part was a good one to do during some downtime. To make the next step easier, try to have the corrugated inside of the cardboard horizontal to your design.

Thread the string through the corrugated inside part of the cardboard.

Add beads to each end of the string, then tie the ends off. You may have to play around with the length of the string, as you need the beads to be striking the centre of the drum.

To finish of the spin drum push the kebab stick up through the cardboard. It should look like a large lollypop.

To make the drum work, put the stick between your hands and rub them quickly. This should make your drum spin. BB loves toys that make load noises, so this was right up his street. After he had enough of it I just added it to our musical instrument collection.

If your enjoyed making this spin drum be sure to check out my other home made instruments. 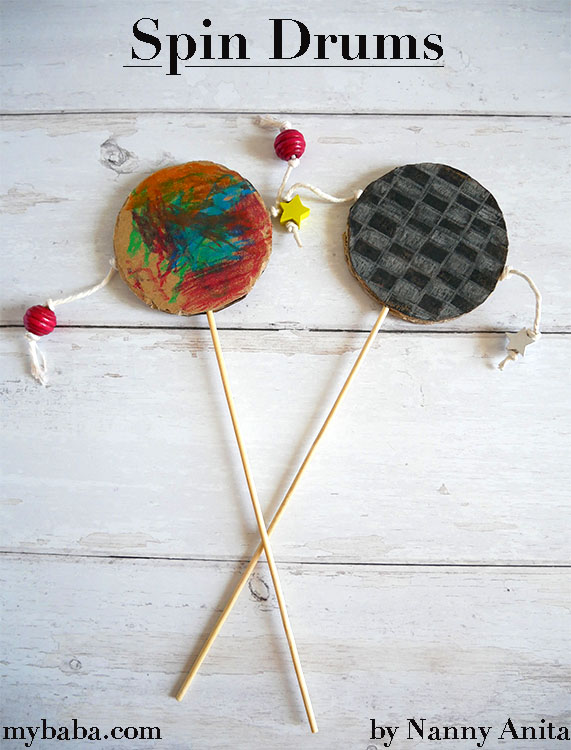