I have been working on these for a while. I saw these Unicorn Christmas decorations on Pinterest and thought that not only are they awesome Christmas directions, but they would actually make a really nice homemade keyrings as a little gift.

Make sure you follow my Christmas board on Pinterest for more ideas.  Don’t forget to save the pin for later.

To make your own Unicorn Christmas decorations you will need:

Originally this was a craft that I was going to do with YC but BB decided he wanted to make them too.  He told me “Nana, I can sew that Unicorn for you,” I tried explaining that this wasn’t a great craft for him to learn to sew.  But he was adamant that he wanted to make one.  Instead of sewing his, we used fabric glue to stick all the parts together.  So, if you want to do this with a younger child then I would use glue instead. 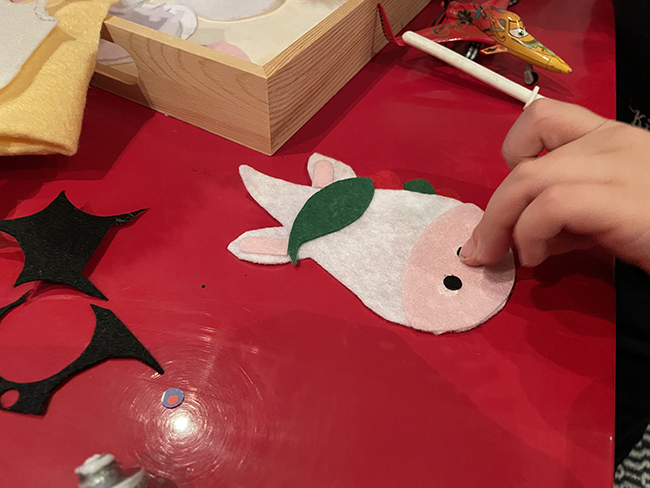 On a piece of paper draw a template.  You will need a template for the face, nose, and hair (I used the same one for the fringe and the mane).  I didn’t make one for the pink of the ears.  I also used a hole punch to make the nostrils.

Next draw around your templates onto the felt and cut them out.  Remember if you are sewing this unicorn Christmas decoration you will need to cut out 2 faces.  If you are using glue, then you can get away with just 1 if you prefer.

Start by sewing the eyes on with a back stitch.  Next sew on the pattern for the unicorn horn.  For those with younger children, you can use a pen to draw on those details. 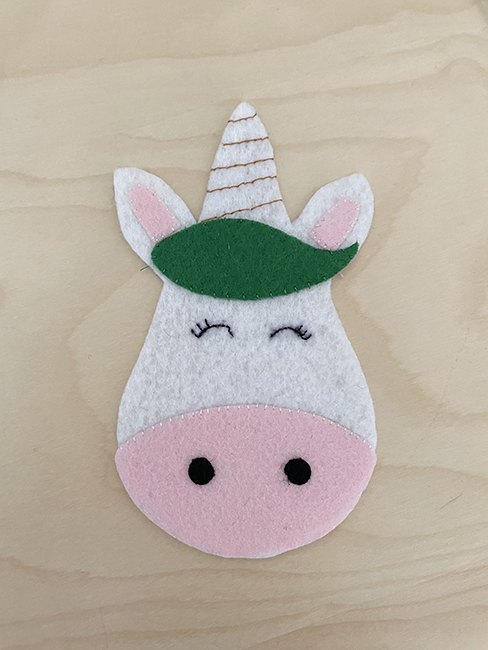 Then sew on the nose, nostrils, pinks of the ears and the fringe.

After you have finished that, put the two face pieces together and sew them together.  You could either do a running stitch, which is simpler, or a blanket stitch.  Don’t forget to sandwich the mane pieces between the two face parts.  You can also do that with a piece of ribbon so that you can hang it up.  Or the simpler thing would be to simply use a needle to thread a piece of thread through to create a loop.

Now your unicorn Christmas decoration is all finished.

If you enjoyed making these unicorn Christmas decorations, be sure to check out my pinecone angels and Nutcracker decorations. 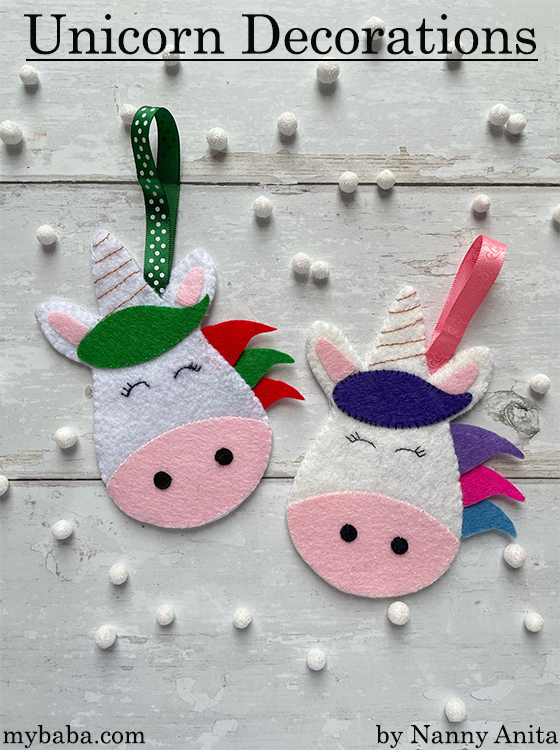