I had a lot of fun making these origami magic circles last summer.  They are pretty basic to make, but they are mesmerising to play with.  Kind of like playing with a Jacob’s ladder when you were younger.  You can’t quite figure out how it all works.

Make sure you follow my origami board on Pinterest for more ideas.  Don’t forget to save the pin for later.

To make your own origami magic circle you will need: 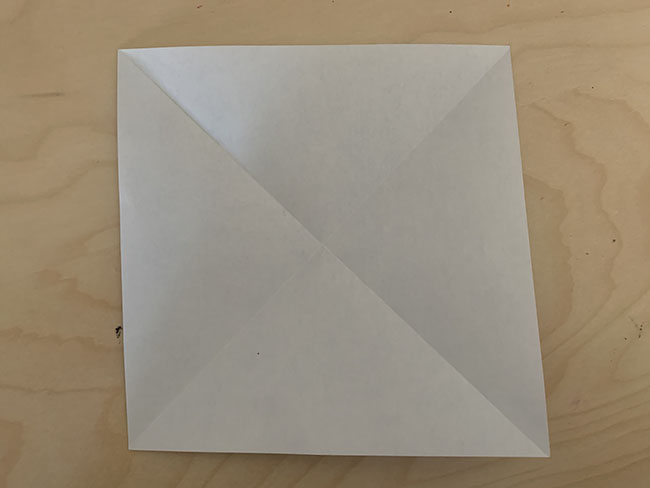 Start by folding your paper in half (both ways) diagonally. 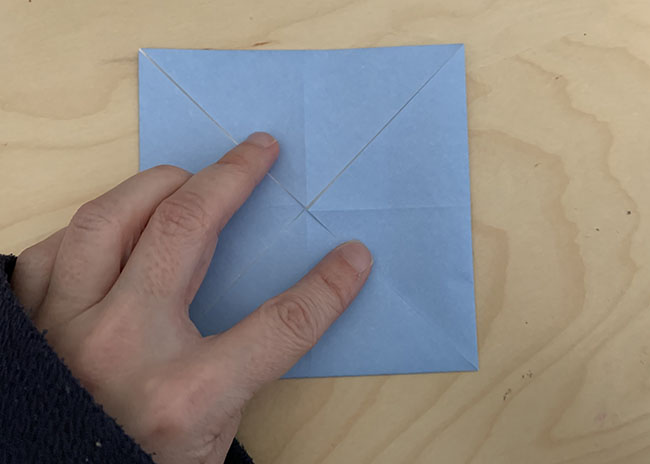 Next fold all the corners into the centre. 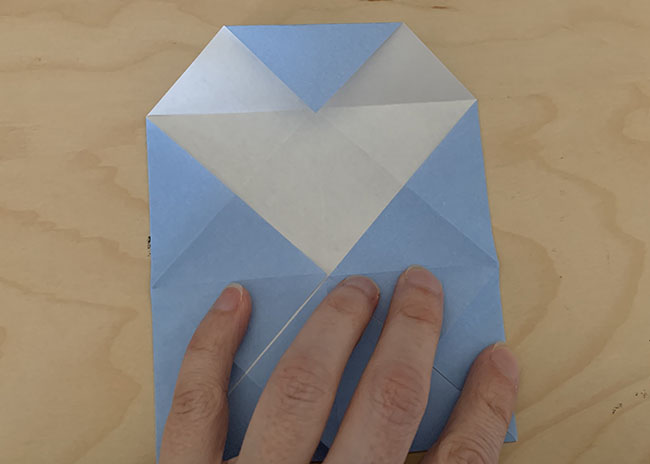 Unfold the flap and fold the corner point to the folded line.  Then fold it back over. 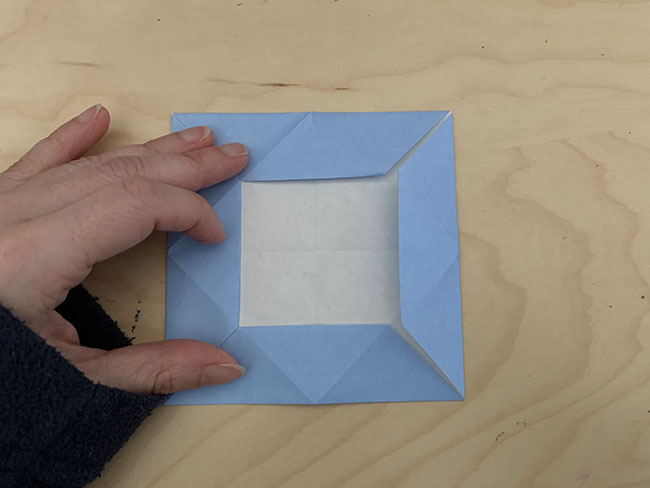 Repeat this on all the other sides. 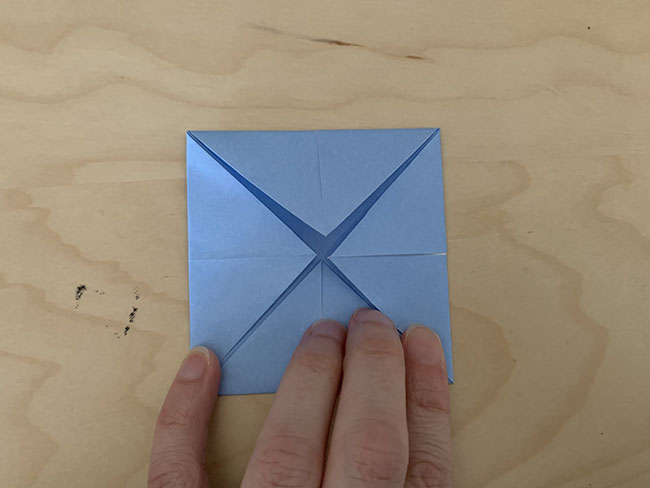 Turn it over and fold all the corners into the centre. 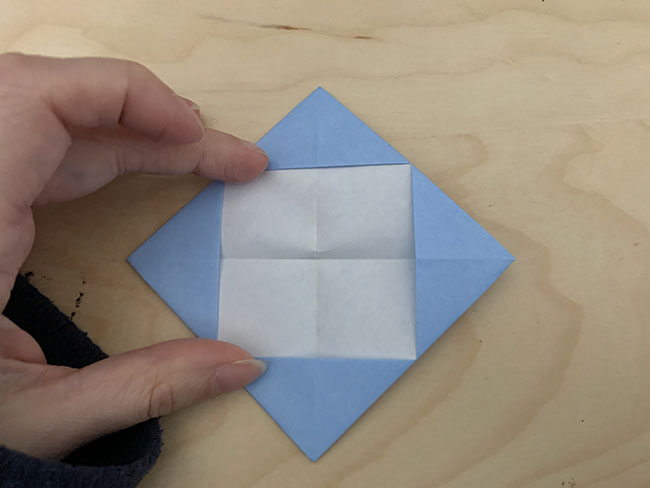 Flip it back over. 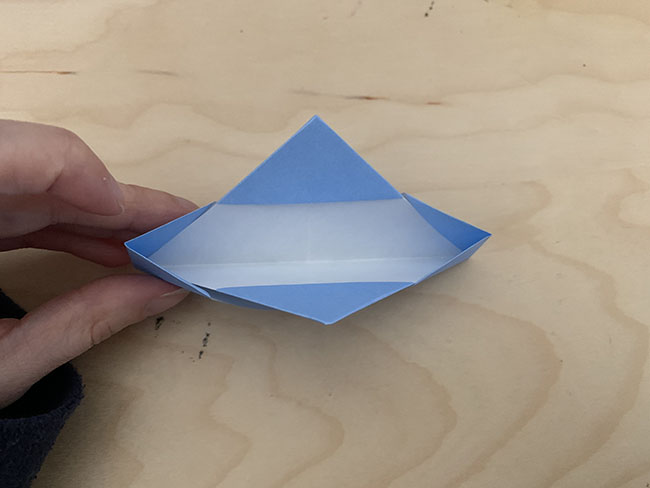 Fold it in half, making sure to pull out the two side triangles. 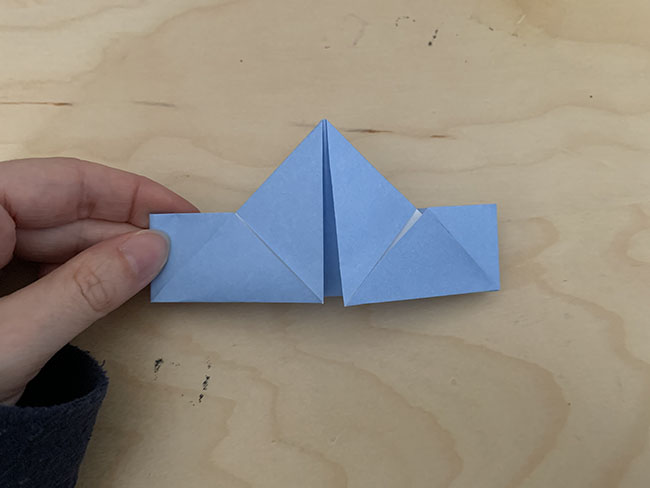 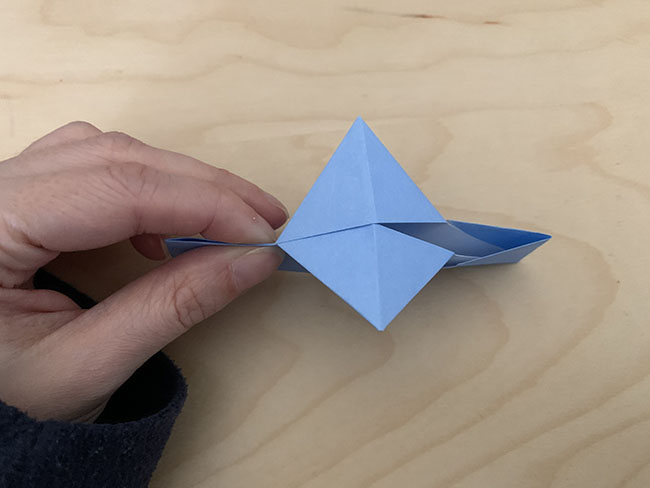 Unfold it and repeat it the other way.  Then put your fingers were mine are on the picture, you will need to use your other hand on the opposite corner. 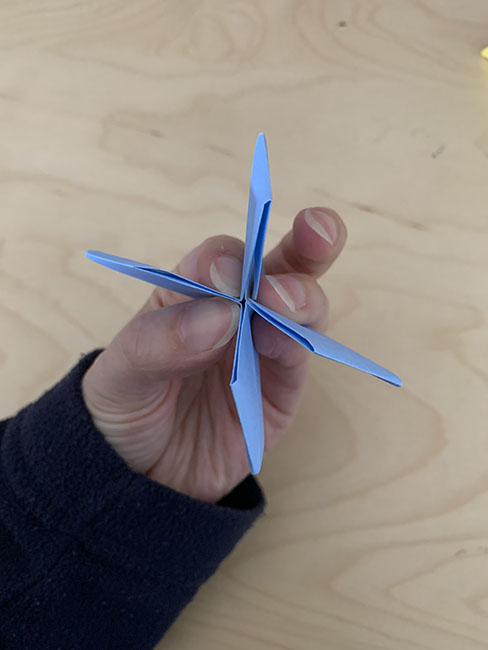 Push the sides together.  It should look like an X. 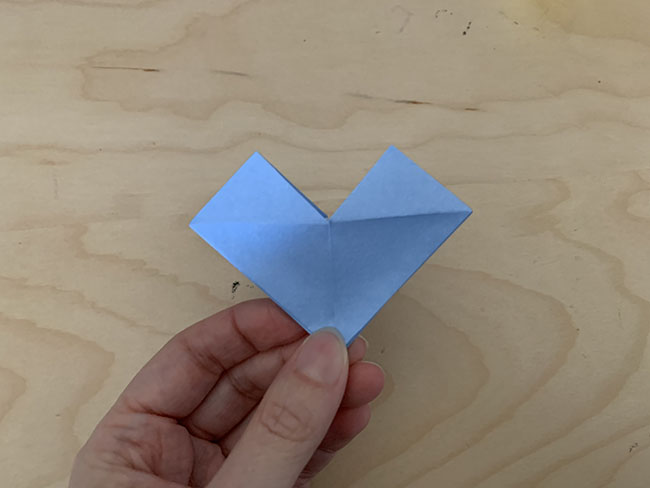 Flatten in so that it looks like a heart. 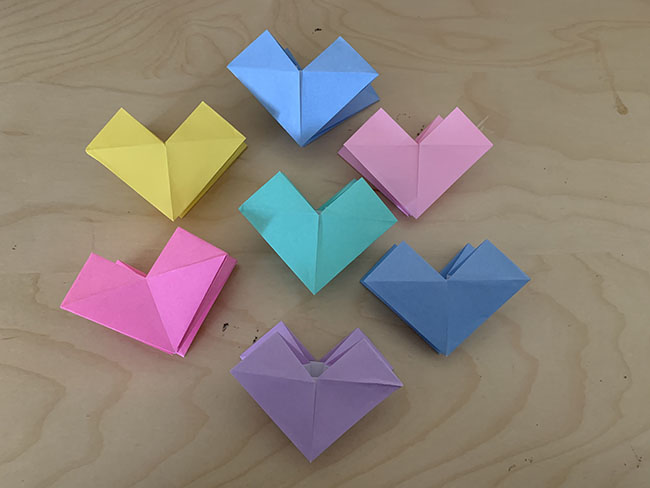 Now repeat that with all the other pieces of origami paper. 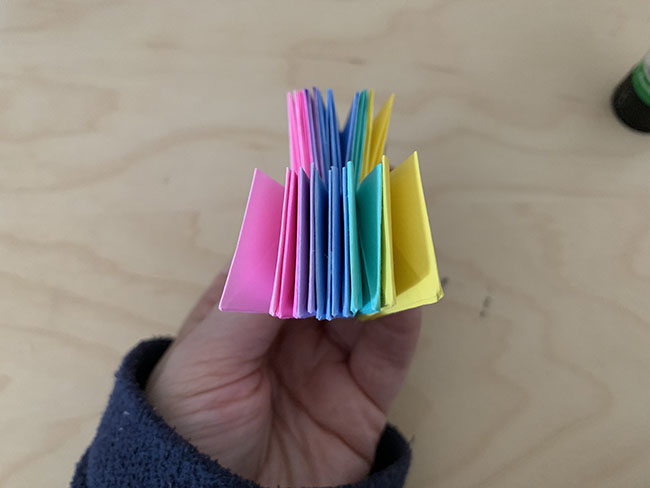 When you have all the pieces for your origami magic circle, glue them all together. 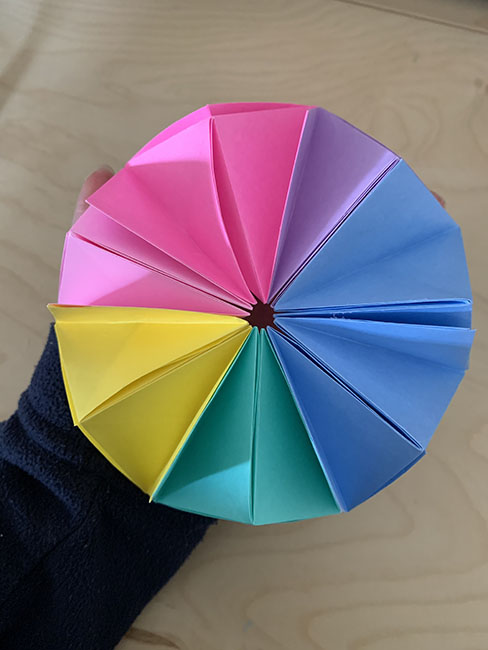 Stick the last one to the first one to create a circle. 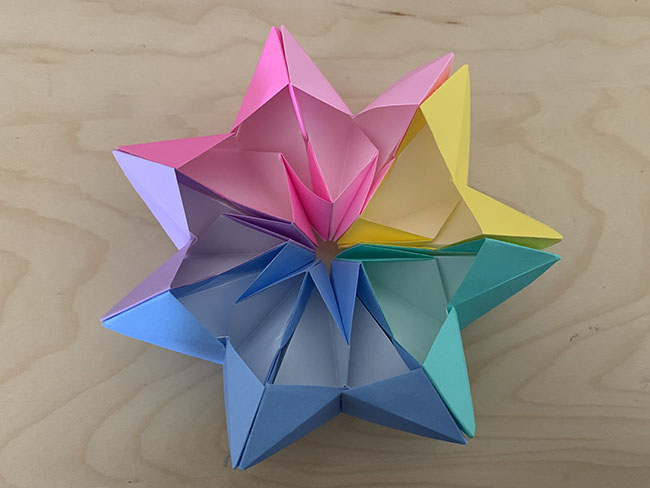 Once the glue has dried, very carefully push the outer circle down and in.  Keep doing this and the paper circle should start to continuously fold around and out.  That is a terrible description, but I can’t think of a better way to describe it.

If you enjoyed making this origami magic circle be sure to check out my God’s eye craft. 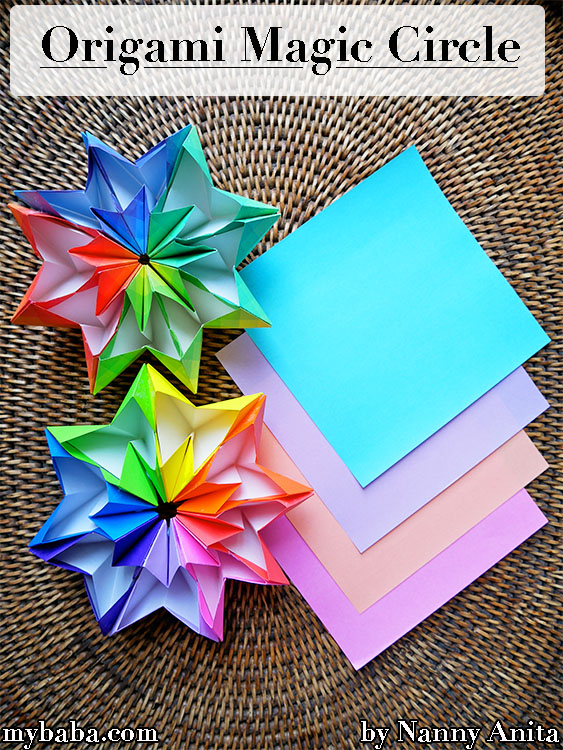