Our favourite preschool school show, Thomas & Friends, has today announced that Oxford is to be ‘twinned’ with the Island of Sodor, the home of Thomas the Tank Engine, after it topped its newly created ‘Thomas & Friends Friendship Index’ as the UK’s friendliest city.

Island of Sodor twins with Oxford

Launched today to mark International Friendship Day, Thomas & Friends Friendship Index is the culmination of an in-depth study of 3,000 adults across the nations and ranks towns and cities according to the friendliness of its residents, with questions around kindness, encouragement and looking after others.

Oxford landed the top spot as it scored consistently high across all categories including most likely place for a friend to put in a good word to get you a job and giving others advice. Findings also show that Aberystwyth and Wrexham are home to those who will go out of their way for others, with locals scoring highest for such behaviour. North Wales was also the place to be if you’re looking for a compliment, with 55 per cent frequently handing out praise.

Claudia Caron, UK marketing manager for Thomas & Friends, said: “The gift of friendship is truly wonderful and something we have proudly celebrated in Thomas & Friends for over 75 years, so we would like to offer a huge congratulations to Oxford for being the friendliest city in our very first Thomas & Friends Friendship Index. We are delighted to officially twin the city with the Island of Sodor, home of Thomas the Tank engine, in recognition of its incredible friendly status.”

The Friendship Index research has been carried out globally and has today also named friendliest cities of Australia (Sydney), New Zealand (Auckland), Italy (Naples), Greece (Irakleion), Turkey (Izmir) and Poland (Kielce). Oxford joins these six other friendliest places to have topped the Thomas & Friends Friendship Index from around the world, to be given the honour of being twinned with the Island of Sodor. 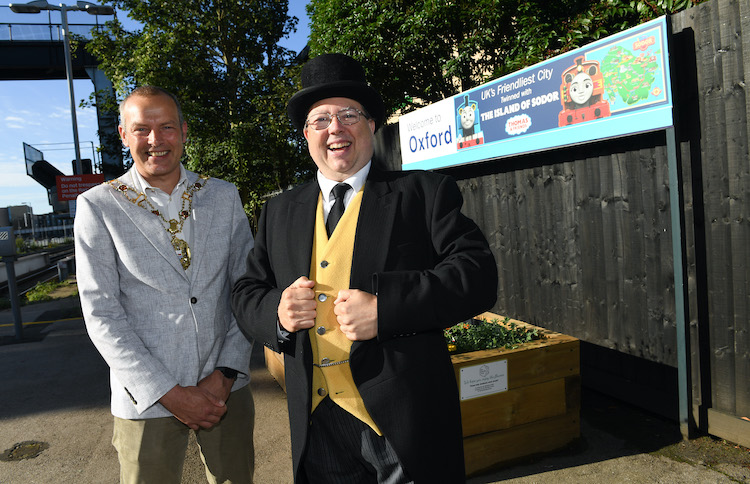 14 Best Beaches To Get To From London