I know that lavender is meant to be very calming and helps reduce headaches, but is there anyone else out there who has the opposite reaction to lavender like me?  It is probably one of my least favourite smells and causes an almost instant headache.  If there is anyone who reacts like that to lavender, then I wouldn’t make this calming lavender play dough.  Why am I making this play dough using lavender if I don’t like it?  Because I was making it for the new edition of the magazine Little London and their theme is back to school.  I thought that this sort of play dough might be a great one for littles ones to play with after they get back from school.

Make sure you follow my play dough board on Pinterest for more ideas.  Don’t forget to save the pin for later.

To make your own calming lavender play dough you will need:

Start by adding the food colouring into the water, this way makes it easier to get an even colour throughout the play dough.

Add all the ingredients to a saucepan and heat on a lower heat.  Stir continuously until it forms a dough.

Take it out of the pan and knead it together.  Be careful, this will be hot.  This part is best left to the adults if children are helping to make the play dough.

When it has cooled down it is ready to play with.

Although the play dough will be fine for up to 6 months, I wouldn’t store it for that long.  Play dough is a notorious spreader of worms.  It is really disgusting, but if your child is at nursery, pre-school, or in reception then I would make sure that they wash their hands thoroughly before playing with it.  Especially if they have just come back from school.  I generally throw play dough away after a few goes if it is just my charges playing with it.  If we have friends over who have played with it, I throw it out after they have finished.

If you enjoyed making this calming lavender play dough, be sure to check out my silky soft play dough and cloud dough. 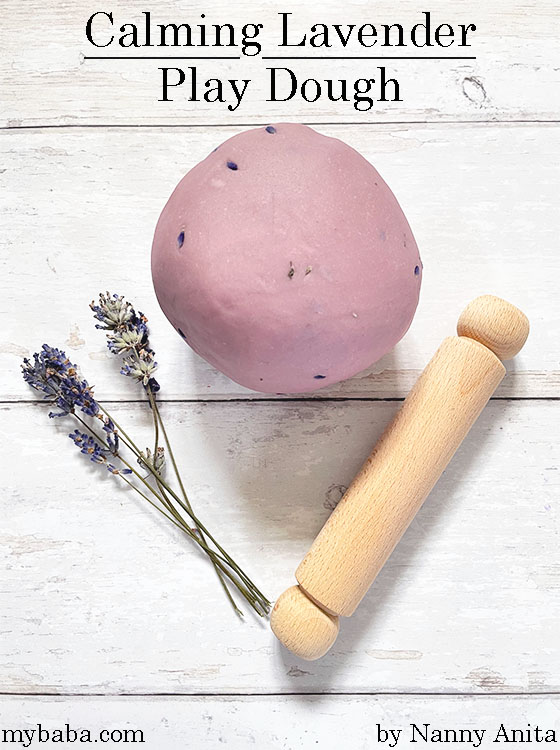 Turn2Me, Graco’s new Isofix rotating car seat smoothly spins 360° with just one hand, and in one smooth motion guaranteeing a fuss free way to get little ones in and out of the car and making the switch between forward and rearward facing incredibly easy. Offering extended rearward facing from 0-18kg (birth to approx. 4 years) and forward facing from 9-18kg (up to 4 years), the car seat will grow with baby to child.