Staying with a winter theme for our maths activity I thought what could be better than doing our own do you want to build a snowman maths activity.

Make sure you follow my maths board on Pinterest for more ideas.  Don’t forget to save the pin for later.

To do your own do you want to build a snowman maths activity you will need:

First of all, you will need to draw and cut out your circles.  I drew 13 in total; 12 for the body and a head.  The number you make will have to correspond to the highest number that your child will count up to.  For YC we only went up to 12, hence the 12 circles for the body.

On one of the circles draw a face, then cut out some arms for it as well.

Then cut out the same number of rectangles as you have for the body and write your numbers on them.

To do the activity turn over all the rectangles and get your little one to turn one of them over.  They need to then identify the number and count out the circles for the body, before adding the head and arms.

YC really enjoyed doing her do you want to build a snowman maths activity, but the next time we do the activity I won’t give her all the numbers to do, only a selection as it took her a while to do all 12 numbers.

This activity may help development of: 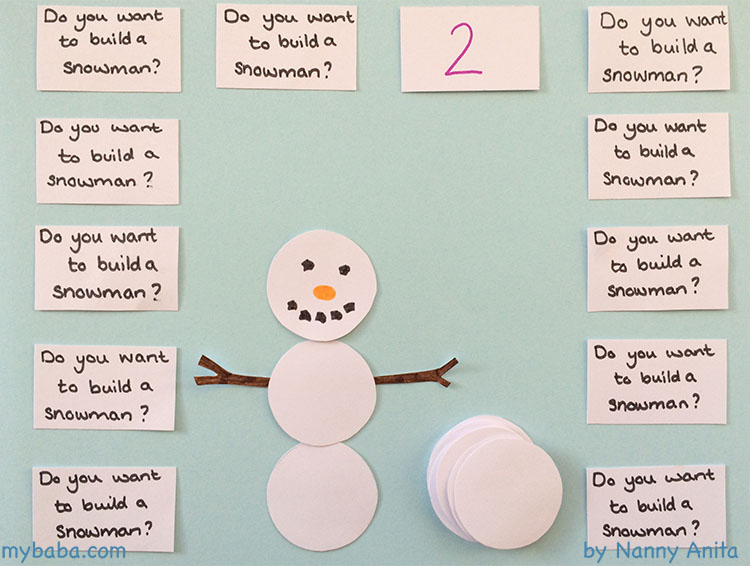