I saw this on Instagram a few weeks ago and thought it looked quite sweet, maybe slightly young for my charges, but definitely one to remember.  However, when YC heard about it she was really keen to try this flower vase sensory tray out.  You see, it doesn’t matter how old your children are, sensory play appeals to all ages.  Both YC and BB played with this and enjoyed it, we then used the left-over flowers in a science experiment and another sensory tray.

To make your own flower vase sensory tray you will need:

*We have an ideal sensory table from Ikea, but you absolutely don’t need a fancy table to do this.  Try using two deep dish cooking trays instead.

Over one tray I cut a piece of cardboard to size, drew a vase on the front and then made holes for the flowers to go through.  In the other tray I put the flowers.  I also but water in both trays to keep the flowers alive. 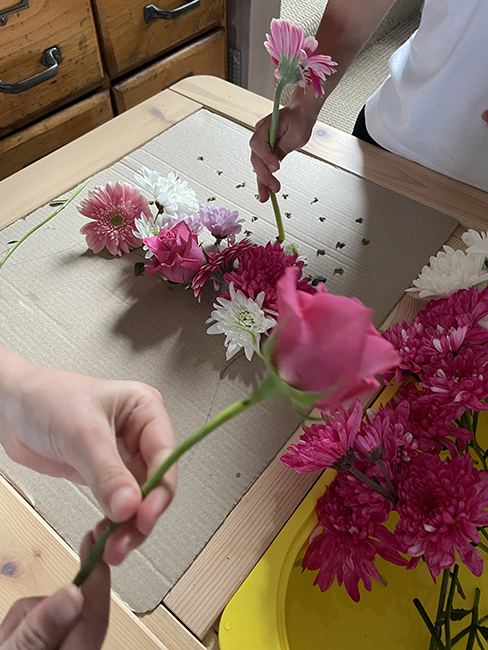 YC and BB then spent the time filling up the vase with the flowers.  YC was very particular where the flowers should go, whereas BB didn’t care, he was just having fun.

They also had some scissors to cut the stems of the flowers when they were too long. 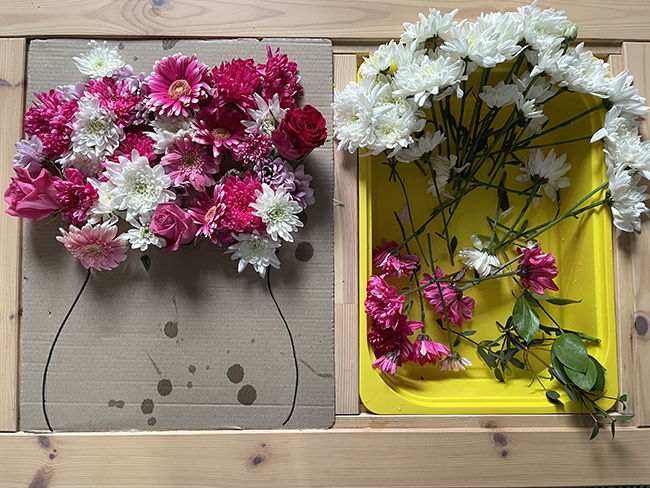 YC was really getting into it and wanted to decorate the vase, I told her that was a great idea, but for some reason she didn’t do it in the end.

As they were doing this activity, we noticed that the pink flowers were not actually pink.  They were white and had been dyed pink (naughty Tesco!).  But this did give us an idea to play with the other white flowers and try and dye them other colours. 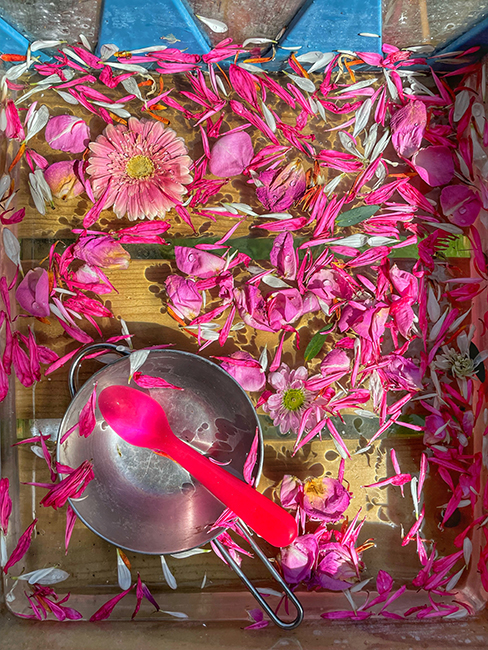 Even if your little ones finish with this activity quite quickly you can reuse the flowers in other types of play.  You could add the flowers into a water tray and let them create potions with them.

If you enjoyed this flower vase sensory tray, be sure to check out my nature table and painting with natural paintbrushes. 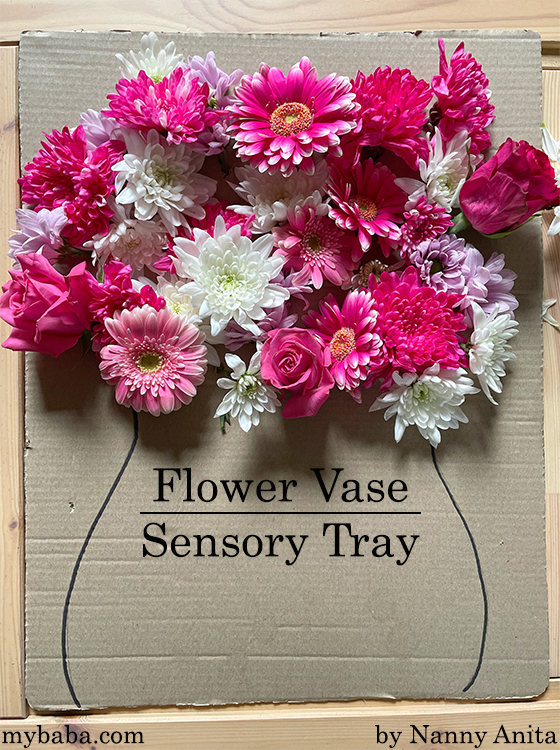 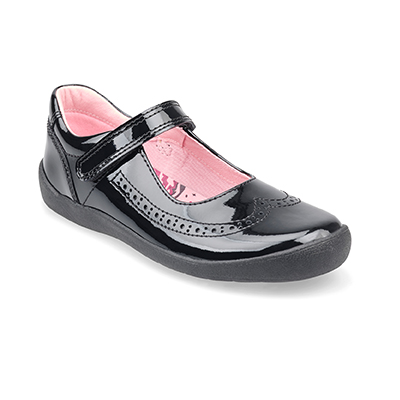