The seemingly endless discussion surrounding the choice between a city school and its rural equivalent is far from novel. Some might point out that it’s academic; pun intended. If – as a parent – you are considering leaving London (other thrilling conurbations are available), it is most likely that the principal motivation is routed in your own upbringing combined with a lifestyle choice for the whole family. I would argue that despite most urban emigres professing the ‘move’ is for the children’s education, the reality is it’s the entire package that draws the collective family interest.

Alluring as the rural rolling rapeseed riven landscape of Blighty surely is, there is nothing prima facie to suggest that schools nestled in this green and pleasant land are superior to their city comparatives. Indeed neither is superior to the other; simply different. For clarity, I am not writing about boarding or day, just town or country. As such, disappointing as it may seem in the second paragraph dear reader, the ultimate decision might well not have anything to do with the schooling.

The Top 24 Private Nurseries In London

We ‘educators’ have witnessed from within our pedagogical bubble the mesmeric surge in demand for places at London independent schools. In my fifteen-year-ish career in and around private education, hardly any new schools have been founded in London. Until recently that is. More new private schools have been established in the capital in the last three years than in the preceding twelve years combined. However, this phenomena has been too late coming and has done little to release the valve on the academic pressure cooker that some might see as the norm for the London private school market. Despite our best efforts to put people off (Brexit, Boris, blundering buffoonery dressed as politics) the insatiable demand has not abated and the global influx of interested families has done nowt other than rise.

There is no answer to which is best for your child’s future school in terms of in or out of town. Both have significant merits. Whilst the schooling of your children will hopefully be a fundamental element of any decision to move out of town, it will merely be a part of complex myriad of factors. 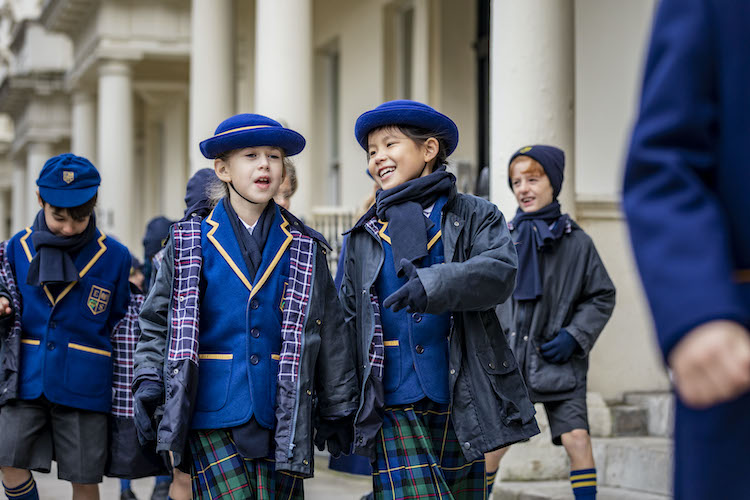 Headteachers of city day schools will often struggle to convince prospective parents that their country-based peers are inferior. Their stance tends to be defensive. But of course, how do you argue against wide-open spaces, frolicking summers dans les jardins, Angleterre style? No miscreants on street corners misleading your older kids on their commute home?

Leaving the metropolis is a big decision, the access to unfathomable opportunities that the rich cultural lineage of this nation’s cities offer adds an undeniably excellent facet to your child’s co- curricular school experience. Out in the sticks of course there is the enthralling pull of open spaces, lower risk of contagions (!), proper freedom, earthy engaging education, often outdoors.

To list the pros and cons of urban versus rural schools would be a disservice to both iterations. Neither is better nor worse than the other, they are as they should be; different.

However, it might not be the institutions themselves that sway you, more likely it will be the atmosphere that surrounds them. Sadly, London has become unacceptably competitive in terms of school entrance, there simply are not enough desks in the private school system to satiate the thirst. Change is afoot and the well of welfare and wellness that we are all coming to fully appreciate is starting to edge its way into city schools, but we are decades away from the relentless academic selection London has become known for.

So out there in the great green beyond the ‘burbs you might just find something like you remember when you were young, some childhood, some relief, lots and lots of freedom. London will educate your progeny expertly but there are fewer people by the day who are convinced that academic excellence is the sole path to a successful future. Much more is involved. Do the best if you can for your little people, give them variety, balance, choice. Freedom to decide.

The Independent Schools Show Summer Fair is designed to help London parents consider all the options as they plan their child’s future. The Fair brings together leading London and UK schools and over 45 independent schools are exhibiting. Parents can meet key admissions teams, speak with heads and enquire about entry requirements at all stages. The Fair is organised into two distinct sections: one for families looking for London day schools; the other for boarding and relocation outside the capital.

The inaugural Independent Schools Show Summer Fair will take place at The Hurlingham Club in Fulham, London this coming June. 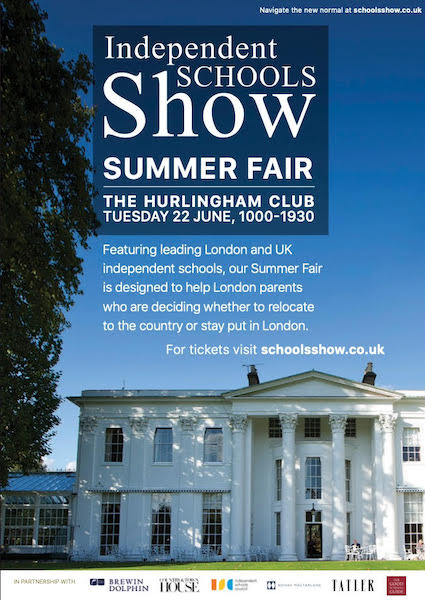 Their first live event since lockdown, numbers for this event are strictly limited, so make sure you book your tickets soon. The show is split into four-time slots so visitors can pick when they plan to attend. On arrival, temperatures will be read and full track and trace regulations will be followed.

Thinking About Extra Online Tuition For Your Child? Here’s What To Consider…

How Do I Know If My Child Is Dyslexic?