International Women’s Day and Penguin Random House want to give young readers access to new feminist icons and ideas: female authors and artists to be inspired by, women-centred stories to learn from, fantastic heroines to befriend. From time-travellers to detectives, supermodels to superpowers, this diverse collection includes something for everyone. This is a curated round-up of the best fiction and non-fiction books for raising the next generation of feminists.

Malala is an inspiration to girls and women around the world and in this beautifully illustrated autobiographical picture book, she brings her story of empowerment and hope to a younger audience.

As a child Malala used to dream about a magic pencil she could use to solve problems like the smell of the rubbish dump near her home and to make her family happy. But as she grew older, she saw a world that needed fixing – and as Malala began to wish for a better world she realised that even if she never found a magic pencil, she could still work every day to make her wishes come true. 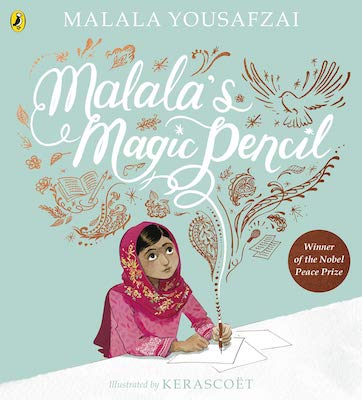 Featuring 40 trailblazing black women from across the world and throughout history, this educational and inspiring book relates the true stories of women who broke boundaries and exceeded all expectations.

Debut author/illustrator Vashti Harrison pairs captivating text with stunning artwork as she tells the stories of both iconic and lesser-known female figures of black history: from nurse Mary Seacole, to politician Diane Abbott, mathematician Katherine Johnson to singer Shirley Bassey. Readers will find new heroes and role models with these women who did extraordinary things. 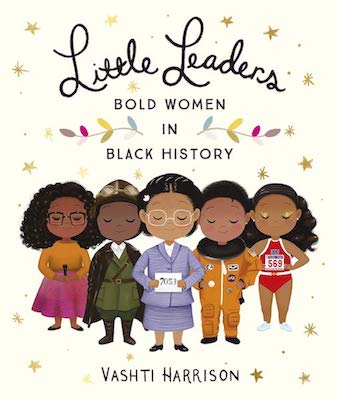 Hortense and the Shadow

A feminist fairy-tale seeped in Eastern-European culture, about a little girl who comes to hate her shadow.

“Through the black and wolvish woods,
through the white and silent snow,
lived a small girl called Hortense.
She was kind and brave, but sad as an owl because of one thing …
Hortense hated her shadow.”

An enchanting fable with an important message about embracing all sides of yourself, beautifully told and illustrated by the O’Hara sisters – an exciting new pairing in the picture-book world. 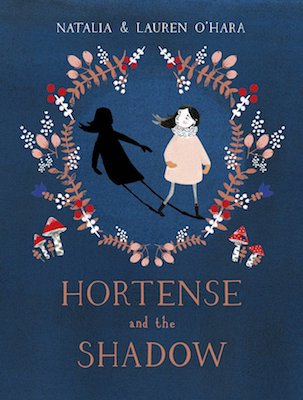 Doctor Who: The Day She Saved the Doctor: Four Stories from the TARDIS

Four fantastic new adventures with the Doctor, starring four favourite companions Rose, Sarah-Jane, Clara and Bill. Celebrating female sci-fi writers, readers, and fans, this collection will publish on International Women’s Day, and is the first all-female authored collection of Doctor Who stories. It’s the perfect way to prepare for the new series, which will feature Jodie Whittaker as the first ever female Doctor. 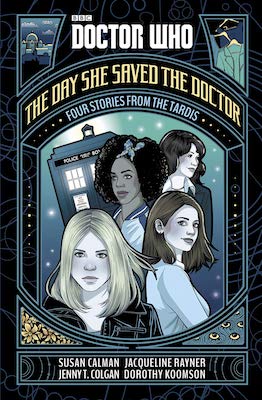 A Wrinkle in Time

When Meg goes searching through a ‘wrinkle in time’ for her lost father, she finds herself on an evil planet where all life is enslaved by a huge pulsating brain known as ‘It’. How Meg, her brother Charles Wallace, and her friend Calvin find her father makes this a very special and exciting mixture of fantasy and science fiction. We also meet the unforgettable trio of funny and mysterious guardian angels known as Mrs Whatsit, Mrs Who and Mrs Which.

It is a story bridging science and fantasy, darkness and light, fear and friendship. Over the last 50 years it has become a classic of children’s literature and is beloved around the world. Bonus material in this edition includes a Q&A with the Madeleine L’Engle, and an Afterword by the author’s granddaughter.

The new movie from Disney Studios out in March 2018 is directed by Ava DuVernay, making her the first African-American woman ever to solo-direct a movie with a budget of over $100 million. It has an all-star cast including Oprah Winfrey, Reese Witherspoon, and Mindy Kaling. 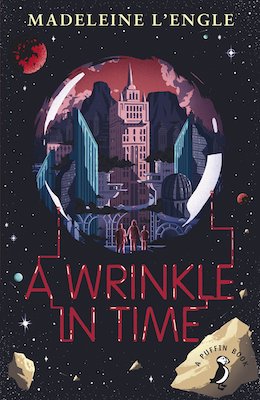 Emmeline and the Plucky Pup

Megan Rix
Meet the leader of the Suffragettes – Emmeline Pankhurst – and a particularly plucky pup during a momentous time in history!??

Alfie can’t believe his luck when he is allowed to keep a tiny puppy he found abandoned on the street. Rascal is cute as a button and has lots of attitude, and Emmeline Pankhurst is thrilled that her ward Alfie has a new friend. Alfie and Rascal deliver messages between the Suffragettes as they organise their ‘Votes for Women’ campaign. But it’s sometimes dangerous work, and it’s not long before Alfie and Rascal find out the true cost of the fight.

Full of adventure, fascinating history, and lovely animals, this is the perfect read for young fans of Dick King-Smith and Michael Morpurgo. 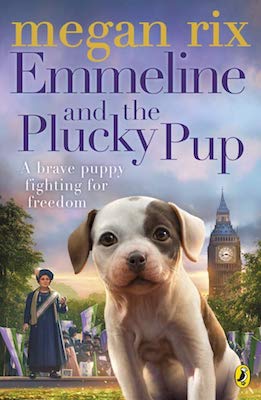 Mummy Fairy and Me

Sophie Kinsella
My mummy looks normal, like any other mummy . . . but she’s not. Because she can turn into a fairy. She just has to shut her eyes tight, say ‘Marshmallow’ . . . and POOF! She’s Mummy Fairy.??

Ella’s family have a big secret… her mummy is a fairy! She can do amazing spells with her computawand to make delicious cupcakes, create the perfect birthday party, and cause chaos at the supermarket. But sometimes the spells go a bit wrong and that’s when Ella comes to the rescue!

Magic and mayhem in this sweet and funny new series from global bestselling author Sophie Kinsella, with charming illustratrations throughout from Marta Kissi. 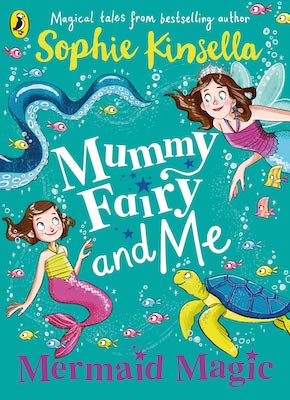 The Girl Who Thought She Was a Dog

Clare Balding (World Book Day Title)
??Fennel and Twiglet are best friends. They do everything together, from curling up in their basket to playing fetch in the park. Twiglet understands Fennel like no one else, especially her life-long dream of winning Crufts. There’s just one problem: Fennel isn’t a dog. And a girl can’t win a competition for dogs, no matter how much she acts like one. Can she?

A brand new animal story especially written for World Book Day, from Clare Balding, bestselling author of The Racehorse Who Wouldn’t Gallop. A funny, empowering book about being comfortable in your own skin, it will appeal to boys and girls alike. 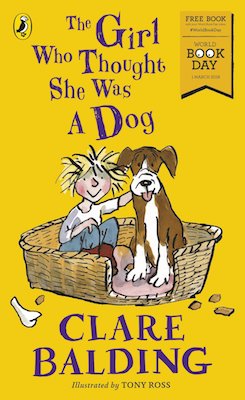 A Spoonful of Murder: A Murder Most Unladylike Mystery

When Hazel Wong’s beloved grandfather passes away, Daisy Wells is all too happy to accompany her friend (and Detective Society Vice President) to Hazel’s family estate in beautiful, bustling Hong Kong. But when they arrive they discover something they didn’t expect: there’s a new member of the Wong family. Daisy and Hazel think baby Teddy is enough to deal with, but as always the girls are never far from a mystery. Tragedy strikes very close to home, and this time Hazel isn’t just the detective. She’s been framed for murder!

The sixth book in the series takes the characters outside of the UK for the first time – readers will love exploring and learning about Hong Kong’s culture alongside Daisy. The first in the series, Murder Most Unladylike, was the biggest middle-grade debut of 2014, winning the Waterstone’s Children’s Book Prize (Young Fiction category). 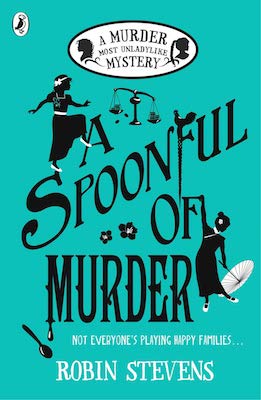 As soon as Pollyanna arrives in Beldingsville to live with her strict and dutiful maiden aunt, she begins to brighten up everybody’s life. The ‘glad game’ she plays, of finding a silver lining in every cloud, transforms the sick, the lonely, and the plain miserable – until one day something so terrible happens that even Pollyanna doesn’t know how to feel glad about it.

Pollyanna is one of six Puffin Classics being reissued by Penguin Random House Children’s Books, in a stunning new series design by contemporary, up-and-coming designers. 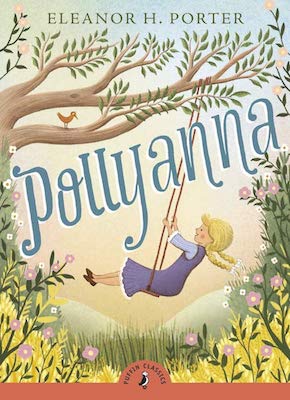 When two rich young gentlemen move to town, they don’t go unnoticed – especially when Mrs Bennett vows to have one of her five daughters marry into their fortunes. But love, as Jane and Elizabeth Bennett soon discover, is rarely straightforward, and often surprising. It’s only a matter of time until their own small worlds are turned upside down and they discover that first impressions can be the most misleading of all.
This edition features a behind-the-scenes journey, including an author profile, a guide to who’s who, activities and more.?? 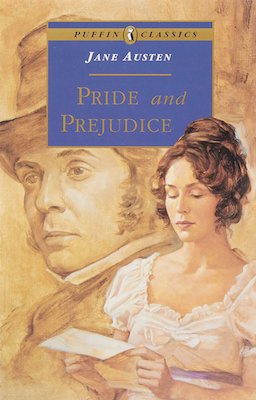 When Charli, though medically underweight, was fired by her modelling agency for being too big, she decided she’d had enough. She used her platform for good and spoke out about the senseless standards of the modelling industry, whose images influence young women and girls all over the world. Now, Charli is comfortable in her skin for the first time ever, working as a plus sized model in New York. In this YA memoir, she shares her journey, from anorexic and bulimic teenager to happy, healthy twenty-something.

Charli Howard is a model and body positivity ambassador. When she was fired, she wrote a powerful letter to her former modelling agents which went viral. She has used that platform to create The All Woman Project, a charity which goes into schools to educate about body image and mental health issues.

This is the book Charli wishes her teenage self could have read – where she learns the hard way that being thin won’t make you happy, and that one size definitively does not fit all. 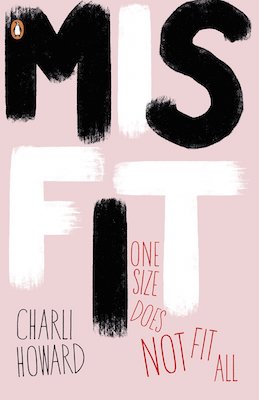 Wonder Woman will become a legend, but first she is Diana, Princess of the Amazons. And her fight is just beginning …

After the huge success of blockbuster film Wonder Woman last summer, this highly anticipated interpretation tells the origin story of DC’s most famous feminist. Written by the #1 New York Times bestselling author Leigh Bardugo, Warbringer is packed with wit, action, and adventure, and features a protagonist who stays relatable whilst having all the might of a true superheroine.

Warbringer is the first in four brand new fantasy novels, where the origin tales of DC Super Hero icons are written by critically acclaimed, bestselling young adult authors. The others are Batman by Marie Lu (January 2018), Superman by Matt de la Peña (May 2018), and Catwoman by Sarah J Maas (September 2018). 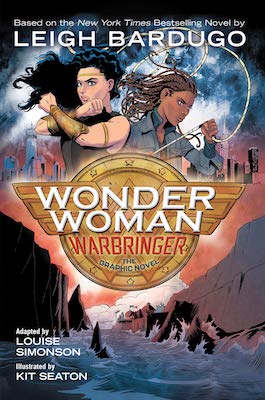 The Truth and Lies of Ella Black

Ella Black seems to live the life most other seventeen-year-olds would kill for until one day, telling her nothing, her parents whisk her off to Rio de Janeiro. Determined to find out why, Ella takes her chance, searches through their things, and realises her life has been a lie.

Unable to comprehend the truth, Ella runs away, to the one place they’ll never think to look – the favelas. But there she learns a terrible secret – the truth about the deepest darkest side of herself …

This second novel from Emily Barr is a race-against-time thriller and a true coming-of-age story. It explores the highs and lows of first love, all set under a blazing Rio sun. 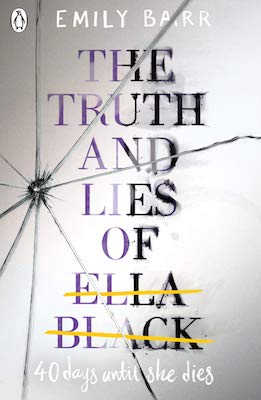