Do you remember having those ball puzzles where you had to get the small ball to travel through a maze?  I love them, and have a couple of them that I can put into my nanny bag when we are out an about.  Because they are rather fun, I made a bigger version as a loo roll marble maze.  This bigger version is one that means you don’t need to have such precise movements, which makes it easier for BB to have a go with.

Make sure you follow my activities board on Pinterest for more ideas.  Make sure that you save the pin for later.

To make your own loo roll marble maze you will need:

I started making ours using the inner tube from the roll of tin foil, but soon discovered that there would be a rather large lip to get the marble over.  Loo rolls are better this way as they aren’t that thick. 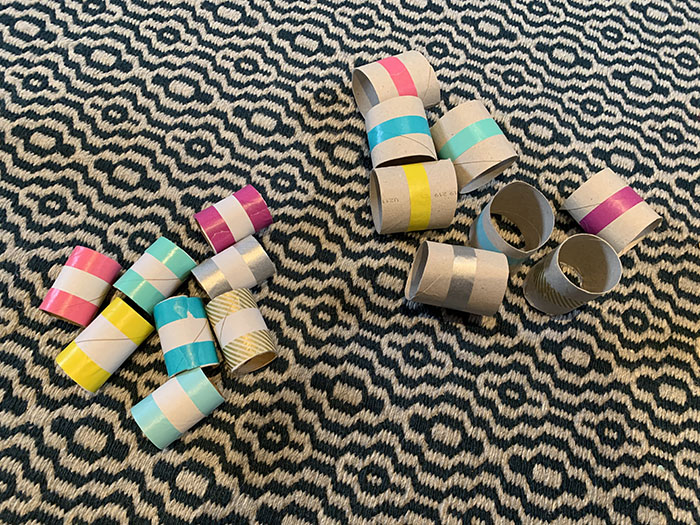 Cut your loo rolls in half.  I put some different washi tape around the middle of each one.  This wasn’t just to make the loo roll marble maze look nice, but so that we could come up with a sequence for the marble to go in. 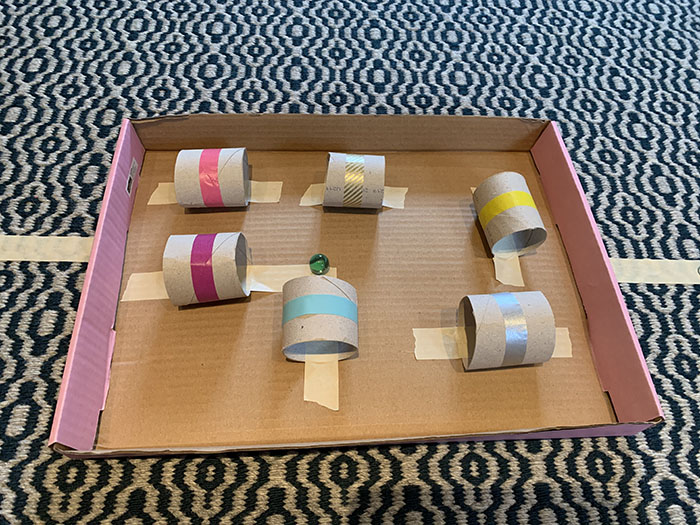 Tape down the loo rolls on to the big box lid.  Cutting them in half also means your box lid doesn’t need to be quite so big.

As I had put washi tape around the inner tube segments as well, rather than just throw them away, I used them to show what sequence to do the maze in.  YC and I kept challenging each other to make it a harder and harder route. 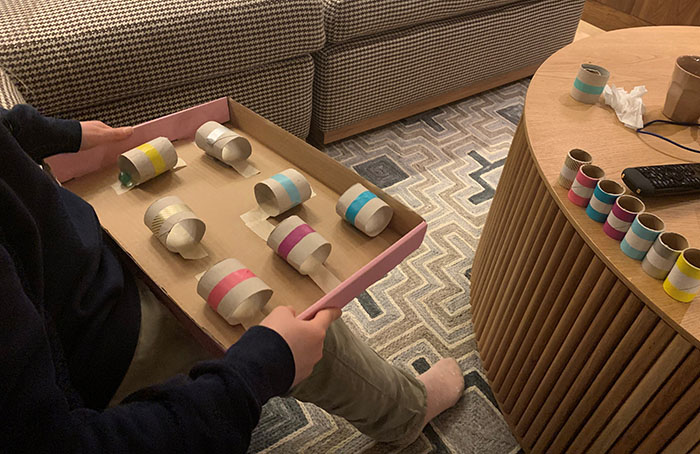 When I did it with BB, I held the other side, and we did it together.  Just so that he got the idea that you needed small movements.  If you are doing this with little children, you may prefer to use a ping pong ball rather than a marble.

If you enjoyed this loo roll marble maze be sure to check out my fun with marbles post for more ideas. 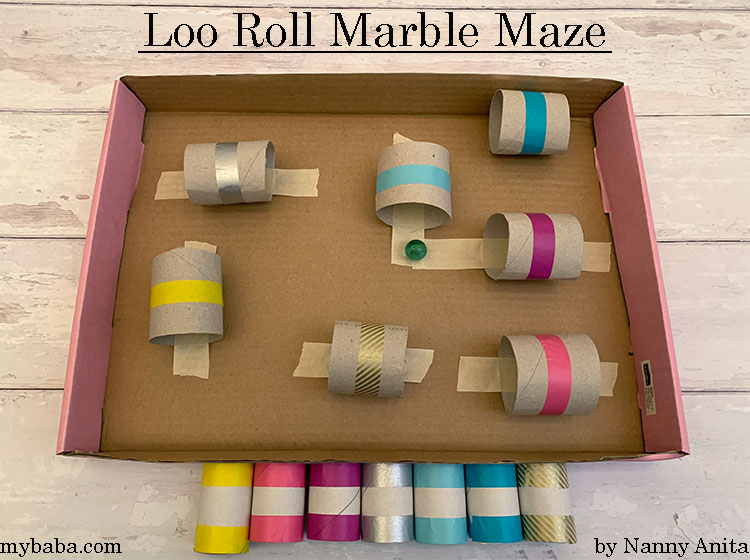