I have always liked the Lunar New Year; I think having spent my earliest years living in South Korea obviously had some sort of effect.  This year is will be the Year of the Tiger.  It has been a while since we actually did a Lunar New Year activity, in fact I don’t think I have done one at all with BB.  I thought it would be the perfect time do a Lunar New Year sensory tray.

To make your own Lunar New Year Sensory Tray you will need:

I have really enjoyed making wooden doll figures recently.  Rather than using 12 small world figures for the animals I painted some.  Obviously, that is very time consuming.  It took me about 6 hours over one weekend to do.  Instead use some small world play figures.  The 12 different animals of the Chinese zodiac are the rat, ox, tiger, rabbit, tiger, snake, horse, goat, cockerel, monkey, dog, pig.

Before I let BB play with it, I read him the book “The Great Race: The Story of the Chinese Zodiac” which explains why the order of the animals is the way it is.  We also had a look at what our symbols are and the personality traits that went with them all. 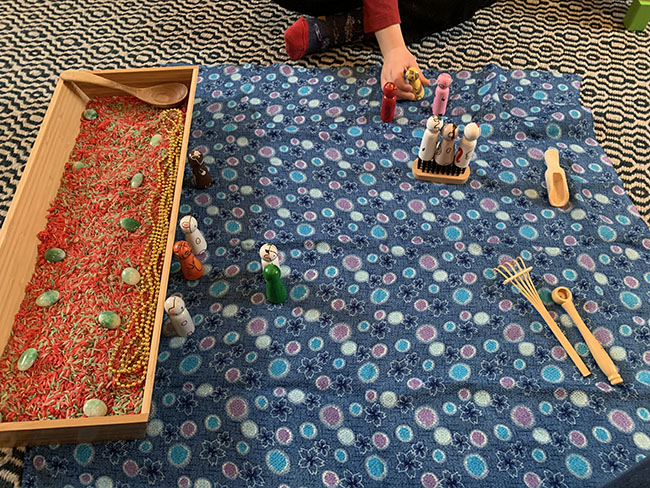 BB loved making up his own story with the figures.  He gave each of the animals the ability to fly with super jet packs (I think he may have been watching Paw Patrol).  When we did have to pack up, he asked if we could keep it out for the next day, which is always a nice thing to hear. 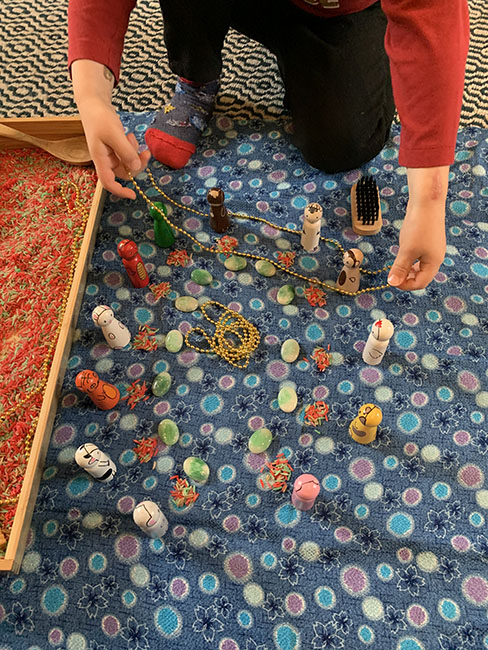 If you enjoyed this Lunar New Year sensory tray be sure to check out my loo roll Dragon, koi fish paintings, and Chinese lanterns. 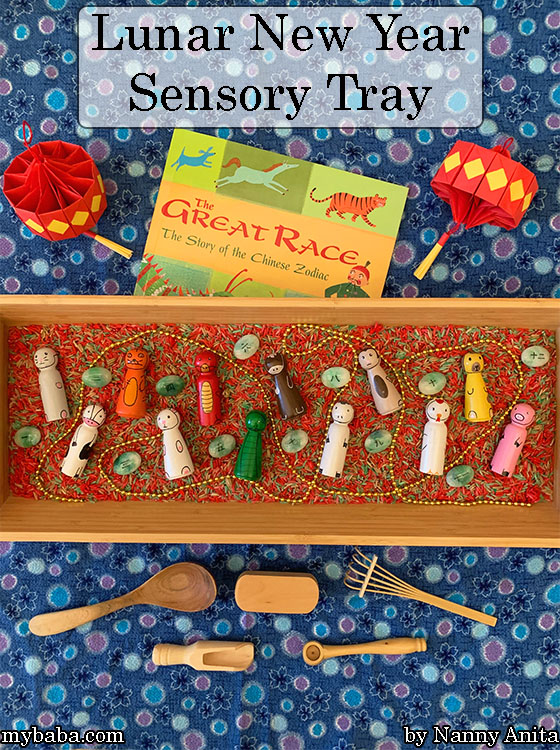