Our playroom wall has been rather bare since home-schooling finished and I don’t have opportunities to do as many crafts as I was doing before.  Well, thankfully, we have had a few days of wet weather after school which gave BB and I the opportunity to do some paper plate parrot crafts.

Make sure you follow my paper plate board on Pinterest for more ideas.  Don’t forget to save the pin for later.

To make your own paper plate parrot crafts you will need:

I had wanted to do my own parrot, but she is an African Grey, and as the name suggests she is grey with a lovely red trail.  As lovely as she is, she isn’t the most colourful parrot out there.  Instead, I went for the Scarlett Macaw.  BB wanted to look at different types of parrots, so I showed him some, and he decided on doing a yellow ringtail parrot after seeing a video of one named Twinkie. 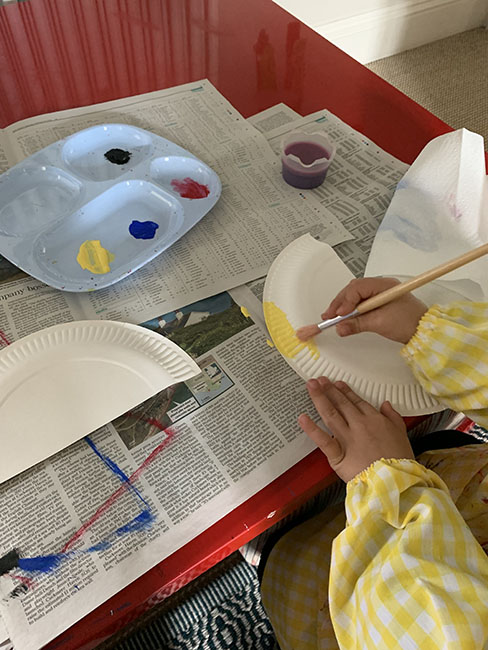 When the paint has dried add some ribbon to the bottom of the body to make the tail.  We only had one piece of yellow ribbon for BB’s one.

Attach the head piece to the body. 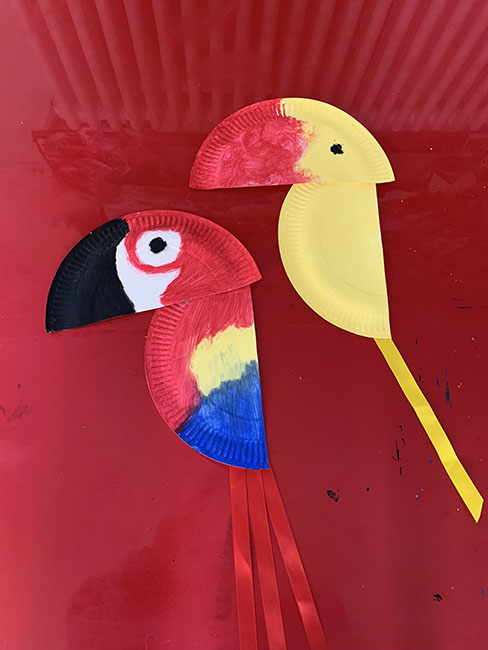 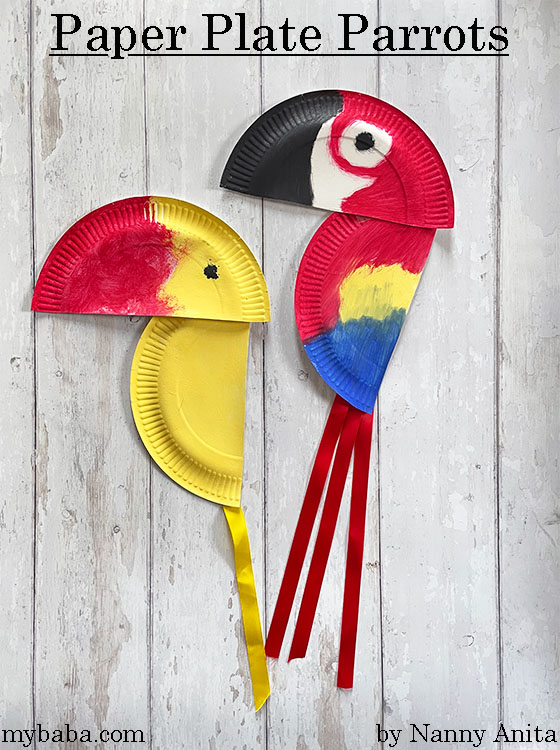