We’ve prepared a list of the five best places to visit during winter outside the UK – for all the family. These places receive plenty of visitors, making them worth checking out.

Travelling in winter comes with a lot of benefits. Since winter is an off-peak season for tourism in most places, prices tend to be low. And while temperatures may be a little chillier than summer, that doesn’t mean there’s less fun. Family and individual travellers enjoy close attention this season because most destinations are less crowded.

In 2019 and 2021, Paris received 22.2 million international travellers, making it the most visited city in Europe. Why do so many people visit Paris? Well, Paris is a place like no other. The city has so much to offer. Besides the iconic Eifel tower, the city has over 100 museums and historical buildings with unique architectural designs.

The best way to go to Paris from the UK is by train, which you can book online at Omio. A high-speed train, such as the Eurostar, takes about 2 hours and 20 minutes from London to Paris. Also, the best place to stay in Paris is the city centre because it’s closer to attractions sites. For budget travellers, renting an Airbnb in the suburbs can be a better option.

Out of the many museums in Paris, the Louvre Museum is the most visited. It’s famous for artworks like the Virgin of the Rocks and Mona Lisa by Leonardo da Vinci.

Other things visitors can do in Paris include:

Amsterdam is famous for canal cruises and bike riding. With over 160 canals, the city looks like many islands connected by bridges. Since the water rarely freezes in winter, visitors can still enjoy viewing the city from the boats.

When it gets too chilly, beat out the cold by taking a bike ride around the city. Amsterdam is one of the most bike-friendly cities in the world, with rental bikes found on every corner. Visitors can rent bikes for three hours or the whole day.

The Artis zoo is also an excellent place for families to visit. It houses giraffes, lions, elephants, gorillas, jaguars, turtles, and penguins, among others. And while still in the city, don’t forget to visit the Rijksmuseum or Van Gogh Museum for artwork and to learn the country’s history.

Depending on your budget, one can travel from London to Amsterdam by bus, train, or airline. Train travels pass through Brussels, while buses have at least three stops along the way. Flying to Amsterdam is considered cheaper than taking Eurostar.

Brussels is ideal for those looking to travel closer to the UK, so it’s perfect for families. Brussels is around 300 miles from London, and the cheapest means of transport is the bus if you’re patient enough to wait 8 hours!

Even though Brussels is right next door to the UK, it provides a taste of different European cities through the mini-Europe next to the Atomium. Here, visitors can see miniature sizes of buildings and monuments from 80 European cities. While touring mini-Europe, take time to get into the Atomium, which resembles iron atoms. A lift takes visitors to the top sphere with a full view of the city.

To get a closer view of the city, the hop-on hop-off bus Brussels will do a perfect job. They stop at main attraction sites, picking up and dropping passengers at each point. There’s no rush to get back to the bus since one can always catch the next one. After all, visitors use one ticket for all the buses. And tickets are valid for 24 hours from activation time.

Other places to visit in Brussels include the sculpture of Manneken Piss, the Art and History Museum, Saint Michael and Saint Gudula, and the Grand Place.

This German capital boasts of rich history and extensive street art, so it’s better suited to families with older children. Most of the scenes in the city remind visitors of the past wars in German. Although most of the Berlin wall has crumbled, a part of it remains. The longest remaining part of this wall is now the East Side Gallery featuring street art.

The Holocaust Memorial is another tourist attraction site. It was constructed in 2003 and 2004 to honour the six million Jews murdered in the holocaust. This memorial consists of 2,711 stelae built within an area of 19,000 square meters.

A trip to Berlin can’t be complete without visiting the tallest structure in the city, the TV tower. Standing at 368 meters above the ground, the TV tower is taller than the Eifel tower. It has a viewing point at 203 meters where visitors get a 360 view of the city.

Other places worth visiting in Berlin include the Museum Island, the Reichstag building, and the Brandenburg Gate. A ride on the river cruise is also a great way for visitors to enjoy breathtaking scenes of the city.

Lisbon in Portugal is a great place to escape cold and winter blues. Due to its location in the far south, the city remains warmer in winter, with temperatures ranging between 8 and 16 degrees.

Lisbon has much to offer to tourists, starting with one of the largest indoor aquariums in the region, the Lisbon Oceanarium (or Ocenario de Lisboa). Here, visitors enjoy watching hundreds of sea species in their natural habitat from close proximity.

Families with kids and people of all ages can enjoy watching animals at the Lisbon zoo. It houses over 2,000 animals from over 300 species. These animals include hippos, giraffes, elephants, crocodiles, lions, tigers, ostriches, and dolphins.

The easiest way to view Lisbon city is using tram 28. It passes through all the main attractions, and it’s cheaper than a bus tour.

Dream of a magical winter in Europe…

Staying at home during winter can make the days seem longer. But planning a trip to one of the five destinations above can change a gloomy winter into a fun one. Why not choose the most appealing place and add it to your bucket list? That way, you can plan a tour when it’s most convenient. Take advantage of the lower prices and less congestion when travelling in winter, and the trip is sure to be worth it. 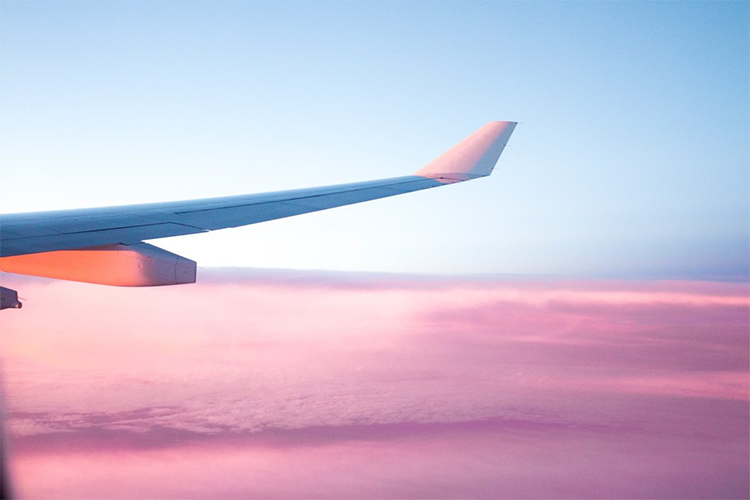 London Attractions All Families Should Visit At Least Once