I have two different ways to make pompom pumpkins.  Ours kind of turned into Mickey pumpkins (well there is a big shocker!).  Whether you turn them into Mickey ones or normal pumpkins, they will make some really cool decorations for Halloween that can be used for more than one year.

Make sure you follow my Halloween board on Pinterest for more ideas.  Don’t forget to save the pin for later.

To make your own pompom pumpkins you will need:

If you have a pompom maker that you can always use one of them.  I like during it around my hand.  It is much quicker and means you don’t need to sit there and tread the wool through the whole.  You can just wind it around your hand. 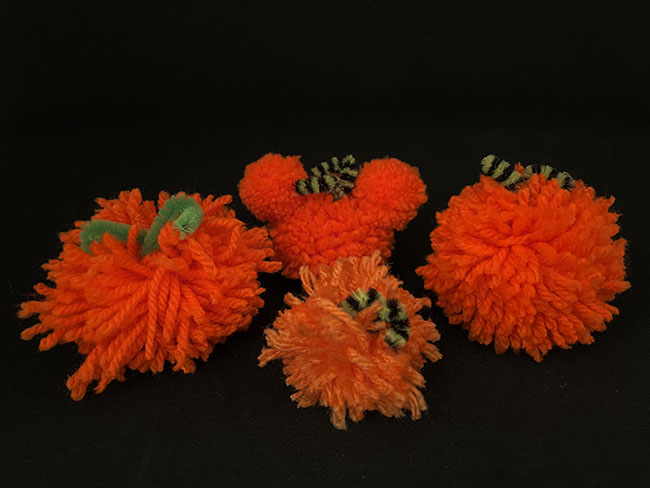 This version is better for slightly older children.  BB saw YC making these and was keen to have a go.  Mainly because he loves to use the scissors. 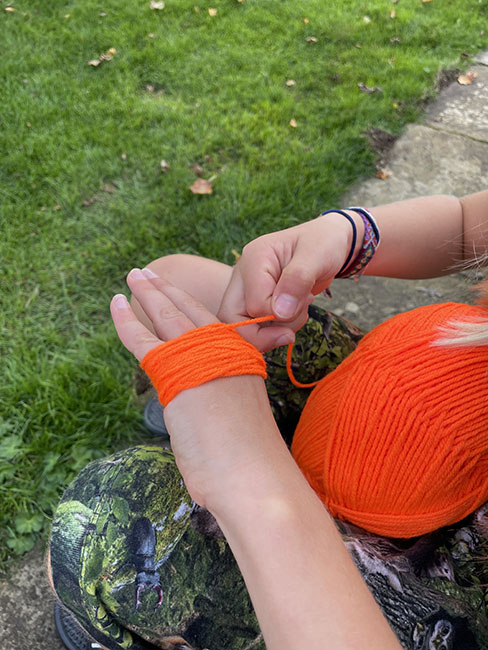 For these one you need to wrap the wool around your hand.  When you have enough, tie another piece of wool around the middle.  Make sure you do that part really tightly. 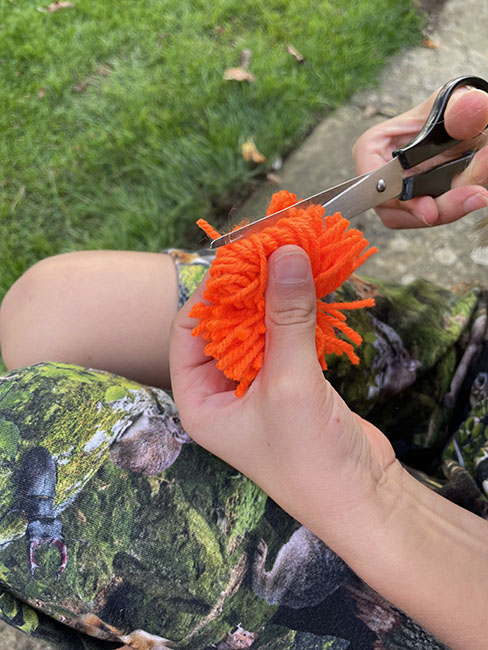 Cut all the loops that you have made.

Now trim it down until you get a pompom.

Glue a piece of green wool or a pipe cleaner to the top.

If you want to turn it into a mickey pumpkin, you need to do two smaller pompoms and then stick them to the top to make the ears. 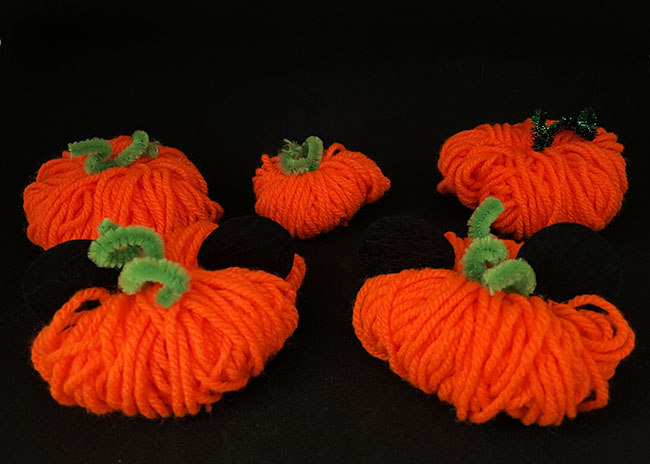 These pompom pumpkins are better for smaller children.

It starts of exactly the same way as the option.  Wrap the wool around your hand and tie it off around the middle. 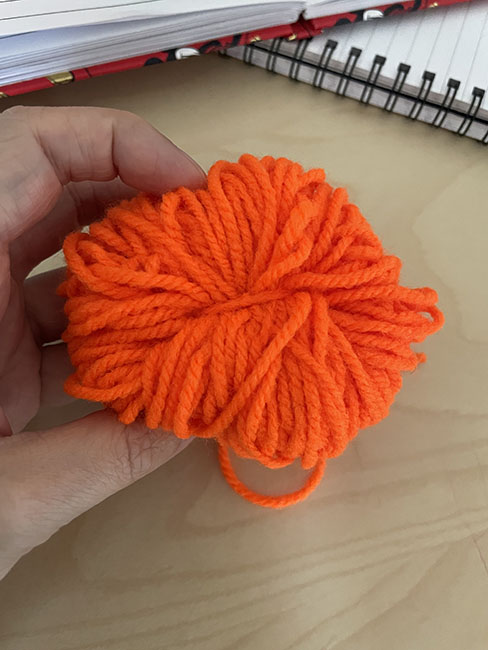 Instead of cutting it, leave it like it is.  Attach the green stalk by threading it through the wool you used to tie it off around the middle.

If you want to turn these ones into Mickey pumpkins, then cut out some small circles from a piece of black paper and glue them to the top of the pumpkin.

If you enjoyed making these pompom pumpkins, be sure to check out my apple stamping pumpkins and monster hair cut activity for toddlers. 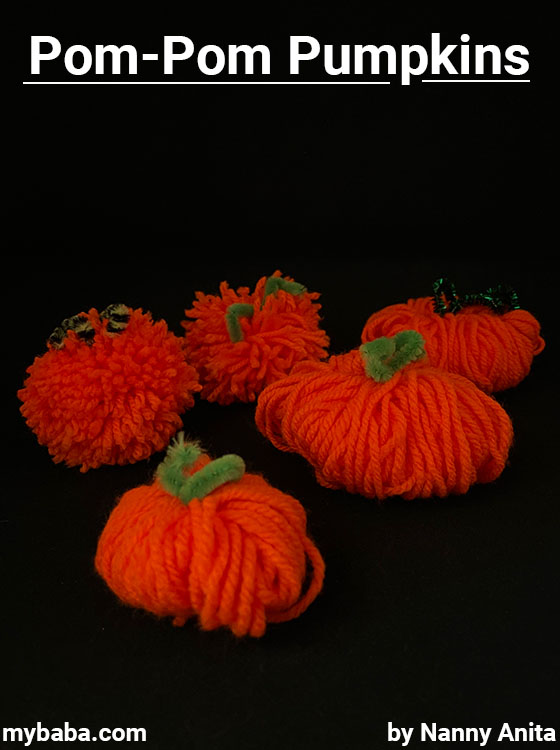