The other day while coming home from school pick up, BB was talking about an arts and crafts he wanted to do on my car.  I’m not quite sure I understood what he was trying to explain, but it did involve a lot of tape and string.  He was not too impressed when I told him my car wouldn’t be very happy if he did that to her.  Instead, I suggested, since he seemed fixated on using string, why don’t we make a toy zip line.  That seemed like a good idea to him.

Make sure you follow my activities board on Pinterest for more ideas.  Don’t forget to save the pin for later.

To make your own toy zip wire you will need:

The first thing I explained to him was that to make the toy zip wire, it needs to go from somewhere high to low, within his reach.  I think if I hadn’t added that last part, he would have asked me to do it from the ceiling.  The radiator was a good choice.

He tired one end to the top of the radiator and then ran the strip to the table in the middle of the room.  We did experiment with where it should finish but decided that the containers ran better when the string ended at floor level.  I secured it to the floor by using a heavy stool. 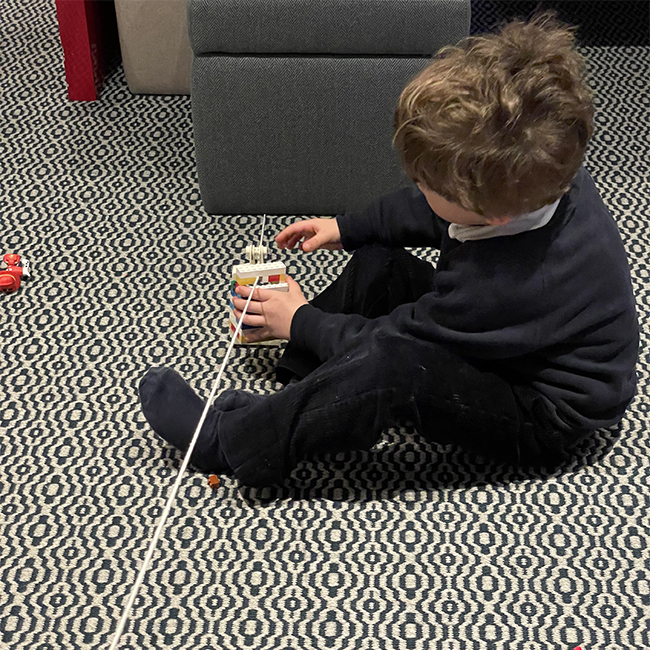 For the container we made one out of Lego and used a claw attachment from another toy.  It ended up looking like a ski lift.

BB decided that the best toys to run down the toy zip wire were his Tonie figurines.  A Tonie is a story box that you put these figures on top and it plays you a story.  Basically, a new age cassette player.

It was such a simple activity, but one that BB enjoyed thoroughly.

If you enjoyed this toy zip wire, be sure to check out my balloon racers and string maze spy challenge. 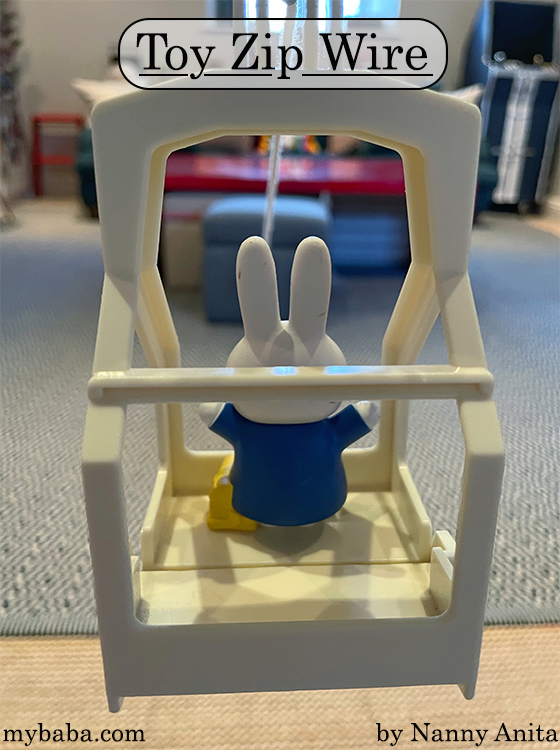