A short story, if you will, to explain how Department 56 Christmas gifts for all ages have charmed and inspired many a generation.

Once upon a time…

One Christmas evening, a group of friends set off to enjoy a dinner of celebration at a small country inn nestled in a quiet river town. As they rounded a bend in the road, they saw the small, old-fashioned village decorated for the holidays.

The lights, like fairies, glowed and sparkled amid the freshly fallen snow. All evening, the conversation was full of Christmas memories and the visions the tiny town had evoked, and the idea for a lighted Christmas village was born. That spark of an idea became a reality when, in 1976, Department 56 introduced a series of six hand-painted, ceramic buildings.

Since then, Department 56 has become a leader in the giftware, collectables and holiday decorating market, best known for its hand-painted, illuminated villages that bring holiday cheer to whoever sees them.

But now, it’s not only Christmas scene-scapes and festive villages bringing lots of yuletide joy to customers across the world; in addition to its hugely popular festive figurines, Department 56 has teamed with some of the biggest and best-loved brands in movies, film franchises and home entertainment, to bring you the scenes of the big screen straight into the comfort of your own home.

So, while these pieces may not be quite as fabulously festive as Department 56’s original Christmas villages, these pieces instead make an amazingly alternative Christmas gift for fans of Disney, Harry Potter, DC Comics and much, much more…

If the magic of Hogwarts School of Witchcraft and Wizardry is more up your (Diagon) Alley than the magic of Disney, you’re sure to be excited by this new collection — which is sure to ‘wow’ witches, wizards and muggles everywhere!

Department 56 — in collaboration with Warner Brothers Studios — has created exacting reproductions of some of the most iconic buildings from the Wizarding World of Harry PotterTM. Working from the precise specifications provided by the film studio, their artists have accurately crafted scaled figurines of key locations — including the majestic, Hogwarts Great Hall and Tower; Ollivander’sTM Wand Shop; and the imposing Gringotts Bank, to name just a few. All feature a high level of detail — from the sign on the Three Broomsticks to the leaded windows of the Great Hall — and are brought to life in the dark by the gently glowing lights inside.

With so many buildings and well-loved characters to choose from, Harry PotterTM Villages are the perfect addition to any fans’ collection. 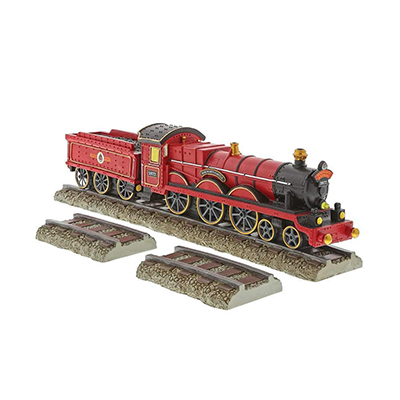 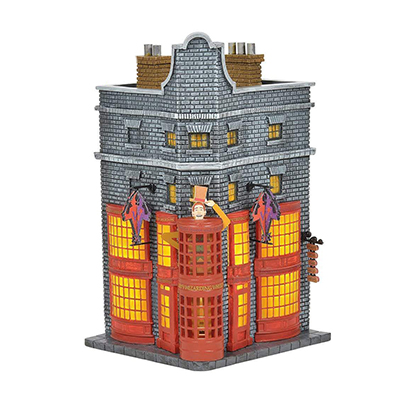 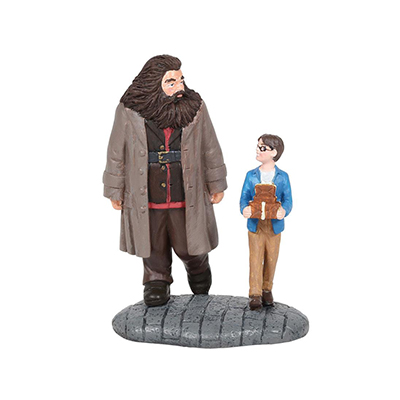 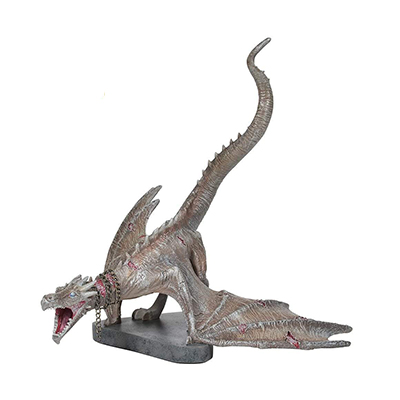 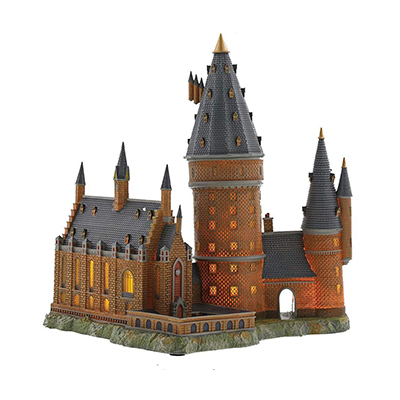 The Best Family Board Games For Christmas

How To Put Together A Christmas Eve Box For Your Child

Be sure to look out for the new Disney Christmas figurines from this collection, featuring classic characters in Santa hats; hand crafted in stone resin and hand painted by skilled artisans, a wonderful gift presented in window box packaging.

Of course, if all-out festive flair isn’t quite your thing, then let us introduce you to Disney Castles instead. Created from natural elements, these pieces are carefully crafted and layered, building a multidimensional illuminated scene celebrating the magical wonder of your favourite Disney castles. Warm white led lights bring each castle to life and provide the perfect centre piece for any home.

Perhaps you’re more of a humbug than you are full of holiday cheer? In that case, you’ll love these pieces from Disney by Department 56 featuring the animation studio’s most delightfully evil villains in new light up waterballs. Fully dimensional and hand painted too, these pieces are illuminated with an eerie glow while glitter fills the globe with a sinister shimmer. 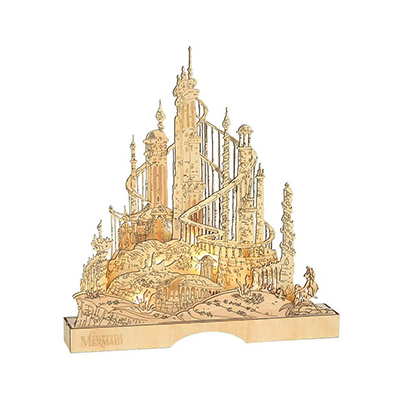 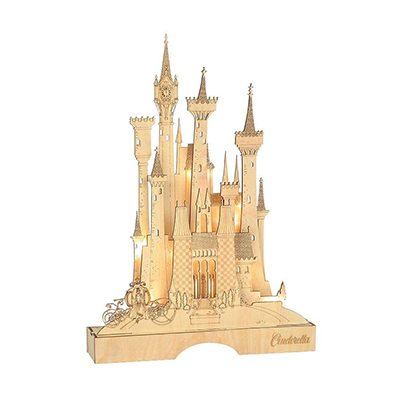 Beauty and the Beast Illuminated Castle 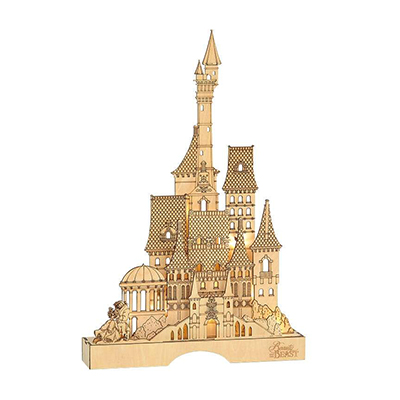 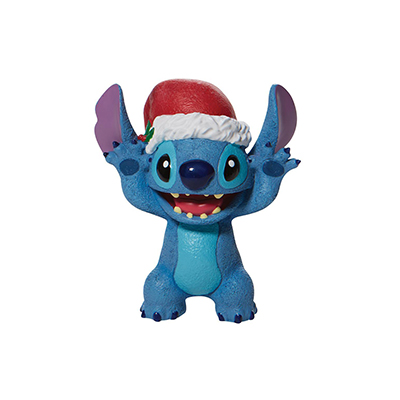 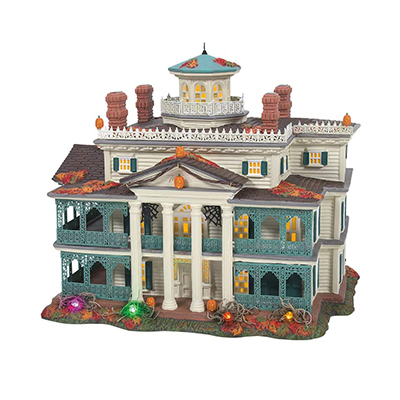 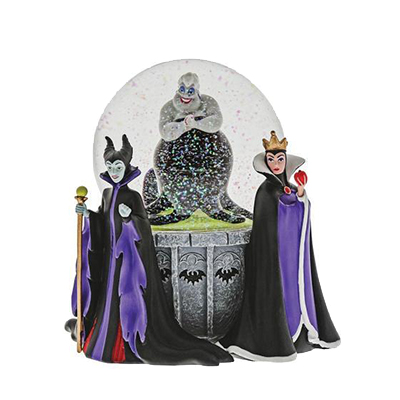 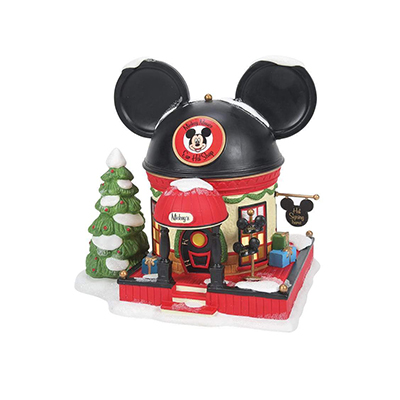 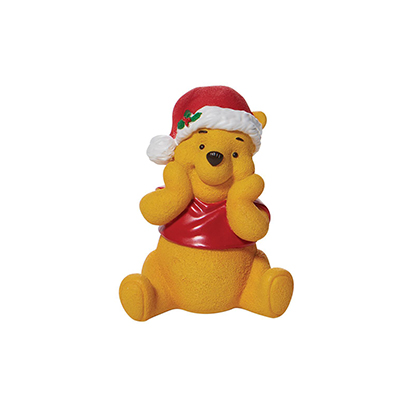 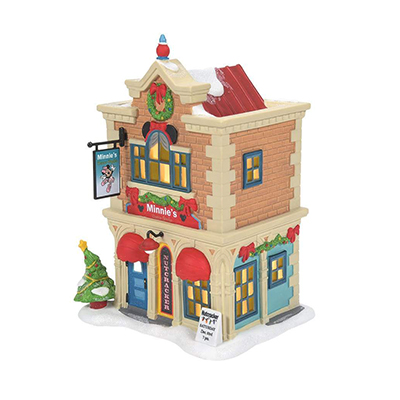 More of a fan of super powers than all-things magical and mystical? DC Comics has joined forces with Department 56 to bring you iconic characters and locations from the DC universe.

Wonder Woman stands guard at the gateway to her home land of Themyscira, brought to stunning life by the incredible artists at Department 56. This recreation of the Amazonian superhero’s birthplace is subtly lit, and is complimented by a figurine of Diana Prince herself.

Elsewhere in the collection, you’ll find other familiar characters and places from the DC Comics universe including Superman and his adopted home city of Metropolis, plus Batman and his secret base located beneath Wayne Manor. Each piece is meticulously hand crafted in a combination of porcelain and resin, and hand-painted.

And what is a superhero without a supervillain? Joker and Catwoman are waiting to surprise Batman with their next evil plan, with colourful figurines based on their Silver Age incarnations. 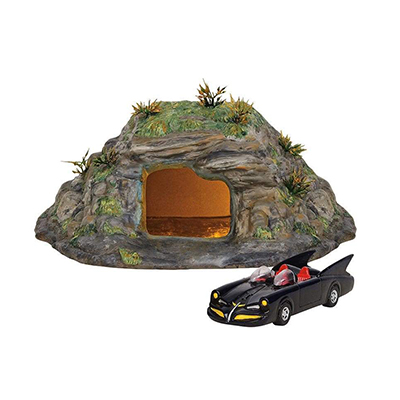 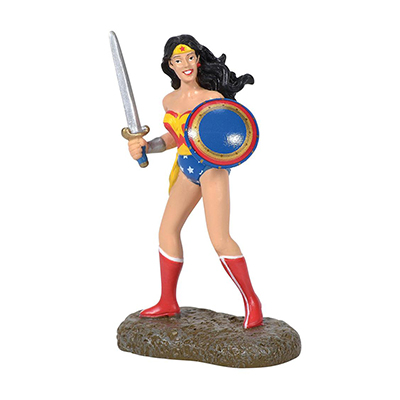 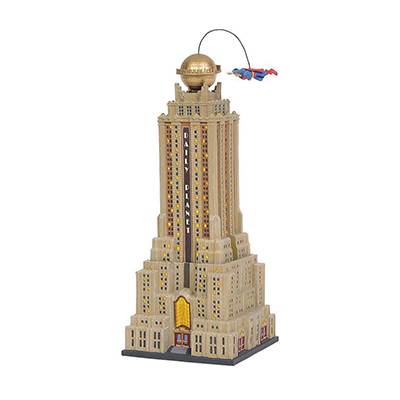 TRENDING: A Guide To The Best Selling Kids Toys This Christmas